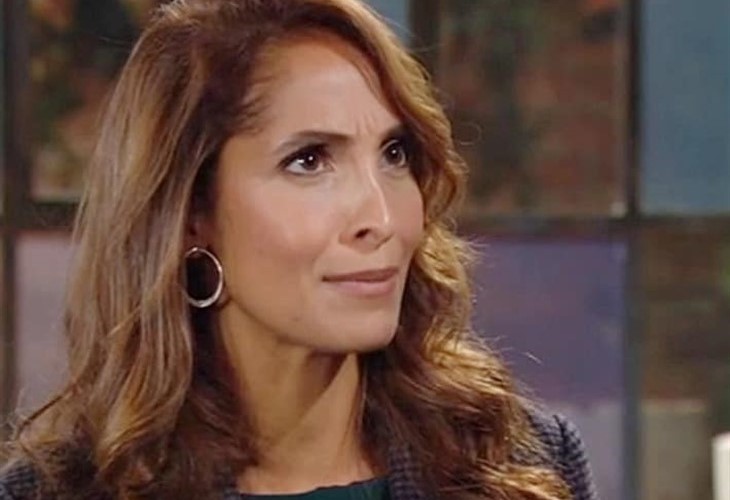 The Young and the Restless (Y&R) spoilers for Wednesday, December 1, 2021, reveal Lily at a crossroads in her life — thanks to Jill.

The Young And The Restless Spoilers – What Will Lily Wnters — And Billy  Abbott– Do?

Lily Winters (Christel Khalil) is amazed that Billy Abbott’s (Jason Thompson) screw-up with ChanceComm has essentially left her clean. She’s been offered a job at Newman Media and now Jill (Jess Walton) is offering her the chance to handle the company on her own without Billy.

What will Lily decide? She seems to be very much in love with Billy, but will her ambition and her desire to save her own self get in the way of that love? Billy overheard everything his mother was saying and is not happy, which is only going to cause trouble with the two of them at home. However, between Lily’s two new offers, she would be a fool not to focus on her career over a man who keeps destroying almost everything he touches, right?

Meanwhile, Billy gets into it with The Great Victor Newman (Eric Braeden) again, proving he will always be Billy. And Victor proves he will always be Victor by going after Billy Boy harder than ever before. Is Billy about to hit rock bottom again — which always somehow leads to gambling? Heck, sometimes he even buys boats when he hits this point in his life. Or he chews a lot of gum.

Y&R Spoilers – A Surprise From Spain

Poor Devon Hamilton (Bryton James) already knows that Chance Chancellor (Conner Floyd) is alive and well after Abby Newman (Melissa Ordway) convinced him to show the presumed-dead-but-now-alive Chance their baby on video. And Devon was just getting so attached to the little boy he is going to have to give back to his two legal parents now.

However, not everyone knows Chance is alive, but Ashley Abbott (Eileen Davidson) is about to start spreading the good news. She calls home to let everyone know what’s going on in Spain and how Abby never gave up and managed to easily find her husband. Will there finally be a celebration when Abby’s family is back in the Chancellor mansion and her family is complete? Stay tuned to The Young and the Restless weekdays to see how these stories play out.