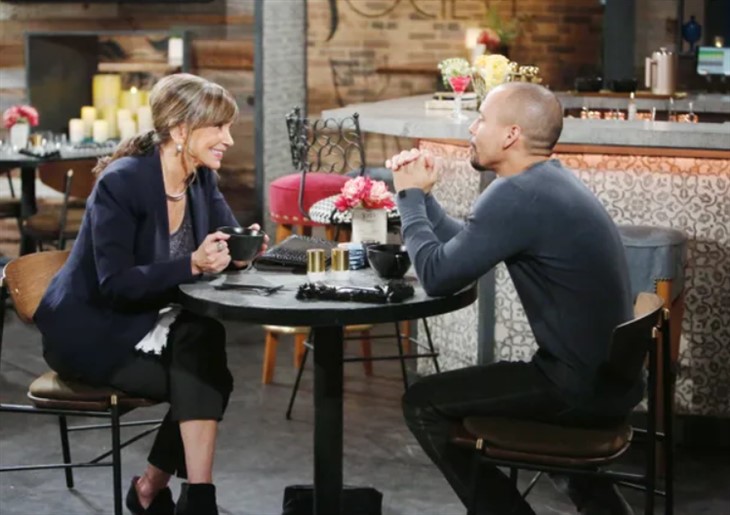 The Young and the Restless (Y&R) spoilers for Tuesday, November 30, 2021, reveal shocking news traveling fast, but not without some more problems first.

Jill (Jess Walton) has some very good reasons to return to Genoa City after all this time. Her youngest son, Billy Abbott (Jason Thompson), screwed up the job she handed him big time and she now has to clean up another one of his messes. She trusted him with ChanceComm and thought she was giving him the shot he needed to start over and make a success of himself.

Now, Victor Newman (Eric Braeden) and Adam Newman (Mark Grossman) have basically brought Billy to his knees, literally begging people to let his story on Ashland Locke go and not take ChanceComm from him. Now, he has to face his mother, which could be the worst moment of all for Billy. How much will Jill lay into her irresponsible son after she trusted him so much and even gave him the even-headed Lily Winters (Christel Khalil) to help him out?

However, Jill is also in town for another reason. Her grandson Chance (Conner Floyd) is dead or so she thinks. She is in mourning right along with Nina Webster (Tricia Cast), but they are in for a big surprise very soon.

While Ashley (Eileen Davidson) and Jack Abbott (Peter Bergman) search high and low for Abby (Melissa Ordway) Newman, thinking she has lost her mind somewhere in Spain, she is perfectly happy sharing a reunion with her presumed-dead husband, Chance, who is not dead after all.

Victor and Nikki Newman (Melody Thomas Scott) have also been worried sick about Abby, but stayed put in Genoa City to help Devon Hamilton (Bryton James) with the baby Abby dumped on his doorstep. Now, they are all about to receive some shocking news, right along with Jill. Chance didn’t perish in that explosion after all and is alive and well — and Abby has found him. Chance Chancellor is coming home and this might be the one thing that breaks poor Devon’s heart most of all. Stay tuned to The Young and the Restless weekdays to see how these stories play out.