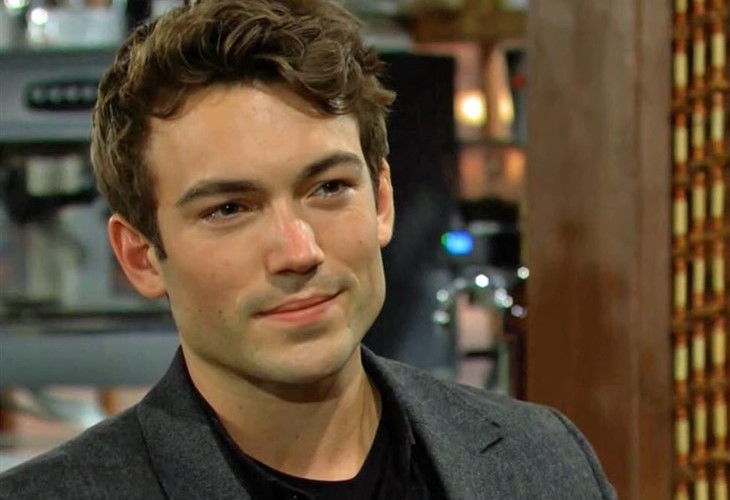 The Young and the Restless (Y&R) spoilers for Thursday, December 2, 2021, reveal Mariah Copeland trying to get the truth out of her younger brother.

The Young And The Restless Spoilers – Will Noah Newman Spill All To Mariah?

Ever since he returned to Genoa City after several years in Europe, Noah Newman (Rory Gibson) has been moping around town thinking about a girl who got away. His family has done everything to get the truth out of him about what happened but to no avail. While he’s been enjoying his time with ex-flame, Tessa Porter (Cait Fairbanks), and has felt comfortable with her, it’s Tessa’s girlfriend who is tasked with trying to get the truth out of Noah on Thursday.

Will Mariah Copeland (Camryn Grimes) manage to get her brother to actually talk? Also, has Noah been lying? Was this really a girl in Europe or does he still carry a torch for Tessa? If he tells Mariah that, it would be shocking considering that Tessa is her live-in girlfriend and she never thought she could lose her to her own brother.

Is it possible that Noah and Tessa met up last year when Tessa was on tour? Might they have had a fling? Stranger things have happened.

Devon Hamilton (Bryton James) knows he has to give up Dominic now that Abby Newman (Melissa Ordway) found Chance (Conner Floyd) and will want them to start their lives together with their baby, but now Devon is attached to the baby and it’s possible Amanda Sinclair (Mishael Morgan) might help him change the terms of his original sperm donor agreement with Abby.

It never made sense that Devon would agree to create a baby he could not keep because that is who Devon is. When he and Hilary (also Mishael Morgan) created a baby while not together, he made sure he would still be the baby’s father. Perhaps Devon and Amanda take a different step together and have babies on the mind in another manner. Either way, giving up Dominic won’t be easy and Amanda will truly have to support Devon. Stay tuned to The Young and the Restless weekdays to see how these stories play out.