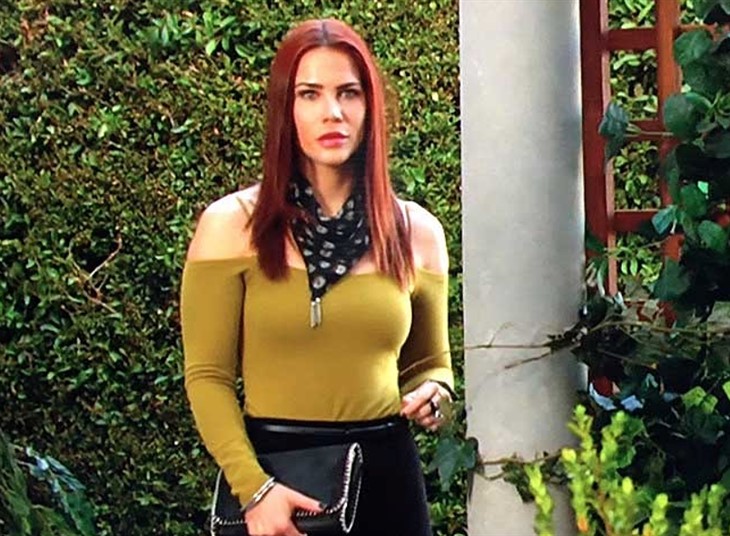 The Young and the Restless spoilers document that Sally Spectra’s (Courtney Hope) prediction feels wrong. Her tell to Adam Newman (Mark Grossman) about them not becoming personally involved appears to assure that they will.

Hardcore soap fans know that nothing is ever certain. However, viewers also read the soapy tea leaves and recognize that the momentum for a Sally and Adam pairing has not changed.

Earlier kisses were followed by Sally’s decision to back off. But Ally projects to couple’s status soon anyhow.

The Young And The Restless Spoilers – Are There Other Options?

Noah Newman (Rory Gibson) has returned from Europe. He went through an emotional beak with a girlfriend, with those details just starting to emerge.

So, Noah is not going anywhere. He is someone who could develop an interest in Sally and vice versa.

Adam has no clear line to Sharon Rosales (Sharon Case), though she remains his first choice for romance. Chelsea Lawson (Melissa Claire Egan) is returning to town shortly, but Adam told her that Chadam was over a few months ago.

So it appears as though Adam is Sally’s sole target. She is his main focus as well.

Y&R Spoilers – Sally Spectra Intends To Get Ahead

Sally has made a lot of headway since she crossed over from The Bold and the Beautiful. She was forced away from what became an obsession with Wyatt Spencer (Darin Brooks) and was determined to start fresh in Genoa City, Wisconsin.

Jack Abbott (Peter Bergman) caught Sally’s eye. Her detractors may not admit it, but he caught her heart as well.

However, Sally’s immaturity proved too much for the man who has abundant experience with relationship mismatches. So, Jally was over before it started.

Adam is a better match. He suits Sally’s personality type and sees what Jack does not, the potential for improvement.

The Young And The Restless Spoilers – Adam Newman Is Lonely

Adam took his father’s advice and stayed away from love pursuits. However, he is clearly interested in what Sally has to offer.

Like Adam, she is whip-smart. Sally also is in his path, as the Newman Media gig gives her regular access to him on a workday basis.

Ally could emerge by Christmas or maybe a short while thereafter. Daytime fans know that these characters have too much chemistry to avoid pairing them. So, a better prediction than Sally’s is that this duo becomes a reality.