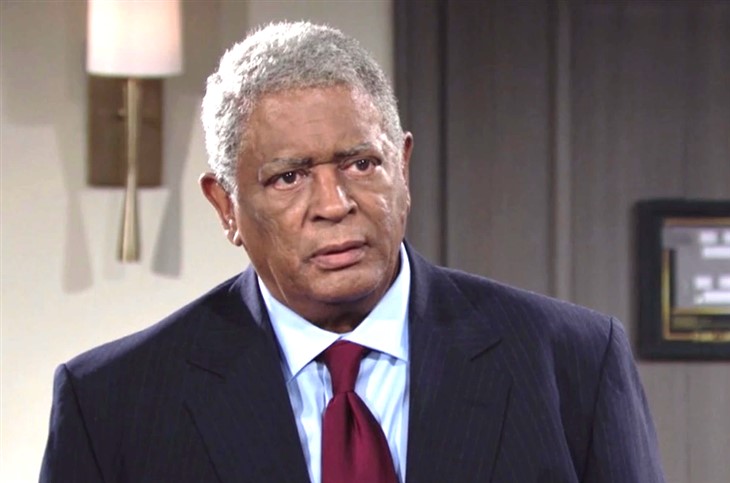 The Young and the Restless spoilers document that Sutton Ames (Jack Landron) is about to go on trial for involvement in the death of his eldest granddaughter’s father. Amanda Sinclair (Mishael Morgan) despises Sutton, who initially lied about this matter and later convinced his daughter and Amanda’s mother, Naya Benedict (Ptosha Storey), to falsely confess to the crime.

Michael Baldwin (Christian Le Blanc) is compelling Amanda to take the stand against Sutton. That request suggests many possibilities within this developing storyline and implies great drama lies ahead on Y&R.

Richard Nealon (no actor’s name known for this retrospective role) has only been referenced in dialogue and seen in a photo. Amanda was denied knowing her father because of what happened in the early 1990s.

The public story involved Richard having died in a car accident. However, conversations Amanda had with Victor Newman (Eric Braeden) helped to uncover that her dad sought the Moustache’s advice shortly before his death.

Victor said that Rick, as he knew him, divulged that he was looking for his daughter, believing that he had only one offspring during that conversation with his boss at Newman Enterprises. Rick spoke to Victor because of his awareness of the fabled Christian Miller orphan storyline.

Naya recognized that she should not take the fall for her father. Sutton’s grandiose ideas about his political career impacted her life, along with Amanda and Hilary Hamilton’s (Morgan) immeasurably.

Recent heart issues were a natural cause of great concern for Amanda and her half-sister, Imani Benedict (Leigh-Ann Rose). However, Nate Hastings (Sean Dominic) feels that Naya’s condition is treatable, with no follow-up issues resulting since that diagnosis.

However, Naya’s recent health scare means that she should avoid stress. That will not be possible as her father’s legal issues and Amanda’s role in the court case play out.

The Young And The Restless Spoilers – Sutton Ames Being Written Out?

Landron’s character offers great potential for many future storylines. Sutton helps to fill out Amanda’s backstory and stands on his own as an intriguing personality in Genoa City, Wisconsin.

But it feels as though TPTB are writing Sutton toward a prison stay that would take him to the end of his life, or the intensity of this scenario will impact his health dramatically.

If Sutton is proven guilty, then Landron is likely a short-term player. But if he gets off, then Amanda will be dealing with her maternal grandfather indefinitely.