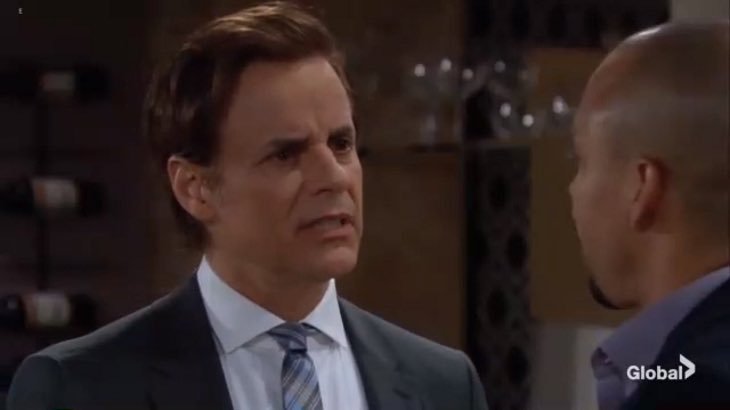 The Young and the Restless (Y&R) spoilers tease that Michael Baldwin (Christian LeBlanc) will confront Adam Newman (Mark Grossman) about Fenmore Baldwin (Zach Tinker) alleged illegal drug activity. Michael cannot believe that Adam would use his son to manipulate him to do his dirty work.

And, that’s not the worst part, because he has information on Fen, Michael had to come clean to Lauren Baldwin (Tracey E Bregman) about his dealings with Adam. It was difficult and she doesn’t understand why her husband would trust Adam to begin with.

With Fen being at the heart of this storyline, the Y&R fans should expect the musician to show up in Genoa City in the coming weeks. The real question is, how will the Baldwins turn the tables on Adam? Keep reading to find out what’s coming up on Y&R.

When Adam first told Michael about Fen’s drug activity, he was stunned. He wasn’t sure how to react because the last he knew; his son was on tour with his band. He never imagined that his son would relapse and start using drugs.

According to Soap Opera Digest, Adam knew that it was a low blow and he showed some regret using it. However, Adam needed Michael to do his dirty work, and he could let his feelings about Michael get in the way.

It’s no surprise that the Baldwins are worried about their son as they work to get in touch with him. The Young and the Restless spoilers say that Michael and Lauren will finally get in touch with him. After they talk to their boy, Michael will head over to Adam’s to give him a piece of this mind, He plans to do whatever it takes to keep this scandal out of the press.

Y&R Spoilers – Is Fen Baldwin Coming Back To Genoa City?

There have been rumors for quite some time that Fen could be on his way back to Genoa City. With the new storyline surrounding his drug abuse, it wouldn’t be a shocker to see the young adult come back.

Then, Christian LeBlanc posted an Instagram picture with Zach Tinker teasing Fen’s return. The Y&R fans picked up on it, especially when he tagged the imagine #Fenallthetime and #Fencomehome

Do you think Fen will come home? Do you think it was a low blow for Adam to use Fen to get back at Michael for refusing to work with him? Don’t forget to come back later for more The Young and the Restless (Y&R) spoilers, news, and casting updates!