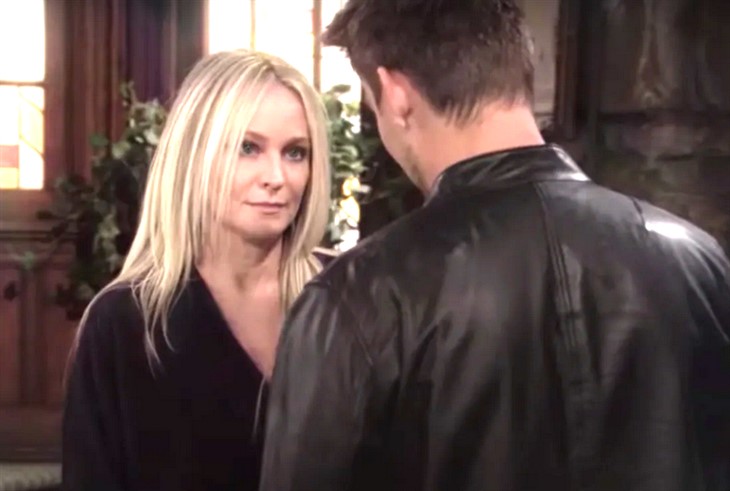 The Young and the Restless (Y&R) spoilers for Thursday, September 16, 2021, reveal in Genoa City, Wisconsin Sharon and Adam in each other’s orbits once again. Can these two ever stay away from one another?

The Young And The Restless Spoilers – Will Shadam Newman Ever End?

Sharon (Sharon Case) may be married to Rey Rosales (Jordi Vilasuso) and may have shared a very interesting moment with Nick Newman (Joshua Morrow) last week, but on Thursday she spends time with Adam Newman again. The reason is Connor (Judah Mackey). He needs help to understand that his parents are done for good this time and never, ever, ever, ever getting back together (for now). Connor can be an emotional kid, so Sharon will be putting the psychology degree to work that she only uses on friends and family.

Will being there for Connor bring Adam and Sharon closer together once again or will they just agree to be friends and leave it at that? They do that often, so it’s hard to believe friends forever is all they’ll ever be, but we also think that she’ll end up with Nick before she ever ends up with Adam again despite the longing being there. What’s a woman with all these men to do?

Victor (Eric Braeden) made it clear to Billy Boy Abbott (Jason Thompson) that he should stay out of Victoria’s life and not be rude to a guest in his home. While Victoria Newman (Amelia Heinle) was pleased that Victor seemed to be accepting Ashland Locke (Richard Burgi) and his story of childhood abuse and reinventing himself, was he just being nice for Victoria’s sake?

Nikki Newman (Melody Thomas Scott) seems to think that it might not be a good idea if their daughter marries a man who essentially doesn’t have a past. On Thursday, Victor does some thinking. He may like Ashland’s story because it’s similar to his, but Billy is still a problem. When Ashland decides he has to speak to Billy, Victor decides to get involved and that can cause more trouble than it’s worth. What will Victor ultimately decide about the man who would be his son-in-law? Stay tuned to the Young and the Restless weekdays to see how these stories play out.