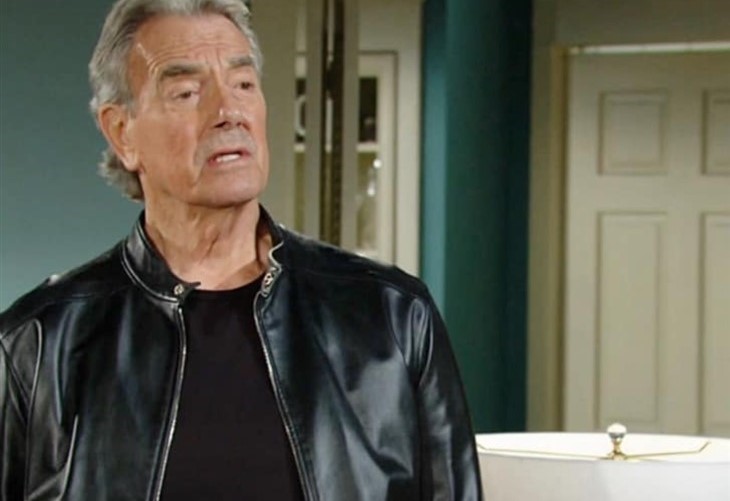 The Young and the Restless (Y&R) spoilers for Tuesday, September 14, 2021, reveal in Genoa City, Wisconsin Victor and Nick thinking they almost have a break in their quest to find real dirt on Ashland Locke.

The Young And The Restless Spoilers – Will Nick Newman And Victor Newman Learn The Right Secrets?

Despite every single red flag waving in her face, Victoria Newman (Amelia Heinle) insists on plunging headfirst without a net into marriage for a man she barely knows — who is also allegedly dying. So far, Ashland Locke (Richard Burgi) has had a simple explanation for any information dug up on his past, but that doesn’t mean Nick (Joshua Morrow) and Victor are giving up. They know that something is up with Ashland and really don’t want Victoria to marry him.

On Tuesday, they think they are finally onto something. Is this the information father and son have been looking for?

Meanwhile, Nikki Newman (Melody Thomas Scott) is a bit more supportive and tries to tell Billy Abbott (Jason Thompson)to back off in his own investigation. When he claims to know something she may want to know, Nikki calls his bluff. Will he spill? Does he even have anything to spill? Billy seems to think that Ashland is a man without a real past, which could be almost more damaging than having a past. Just what is going on here?

While her sister plans her wedding, Abby Newman (Melissa Ordway) remains self-absorbed playing Mommy to a brand-new baby while growing resentful of the two people who helped her obtain this baby. So, Abby decides she will ask them to be Dominic’s grandparents. Yes, she is throwing Devon (Bryton James) and Mariah (Camryn Grimes) a consolation prize as she takes the baby for walks and then pawns him off on others to take care of so she can work.

Will Devon and Mariah just be honored by Abby’s request or will they decide it might be better for their emotional health to stay away from a baby they just can’t have? Or will they not be able to tear themselves away from this little boy? Stay tuned to the Young and the Restless weekdays to see how these stories play out.