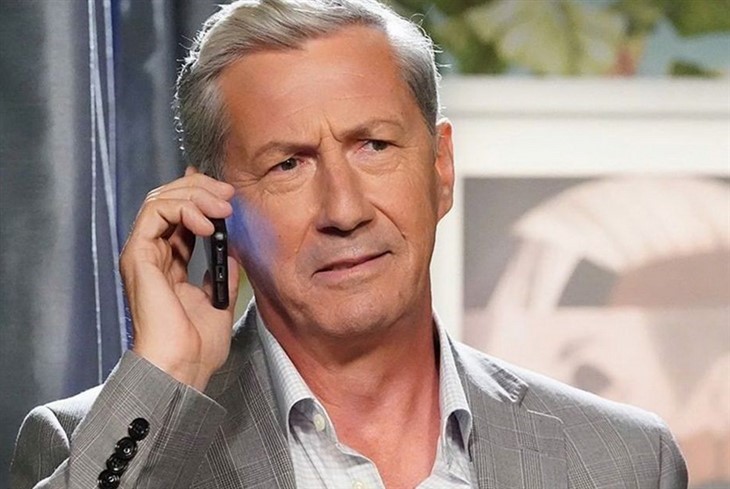 General Hospital (GH) spoilers and updates tease several teasers have been dropped in the storyline recently that seem to suggest that Helena’s son may have the cursed Russian blood running through his veins after all. Perhaps now is the time for answers.

Soon after Valentin Cassadine (James Patrick Stewart) found out he was Helena Cassadine’s (Constance Towers) son but Mikkos Cassadine (John Colicos) was not his father, the storyline was dropped. GH viewers wondered why there were no clues about the bio dad but Spencer Cassadine (Nicholas Alexander Chaves) telling Trina Robertson (Sydney Makayla) his name was Victor may have been the first.

General Hospital fans wondered why Spencer chose the name of this particular great uncle and now Victor Cassadine (Charles Shaunessy) has returned from the dead. In addition, during a recent interaction at the Metro Court pool, Spencer shouted to Valentin that he was not a real Cassadine. Could this be leading to a reveal that Helen slept with or was raped by Mikkos’s brother?

Valentin had a DNA test run which indicated he was not a Cassadine but the results could have been tampered with. General Hospital viewers suspect there is a reason Victor returned and that his agenda may include more than Liesl. If it turns out that he is not Valentin’s biological father, then perhaps he knows who is.

Valentin’s father needs to be revealed so he can move on from not knowing who he is. If the DNA test was accurate, and he is not a Cassadine then perhaps in a twist of fate Edward Quartermaine is the bio dad. This would give the interloper the right to his share of the Q fortune. No matter how it turns out the current CEO of ELQ needs to know who his father is.