The Young And The Restless (Y&R) Spoilers: Rey Rosales Sets A Trap For Chelsea Lawson 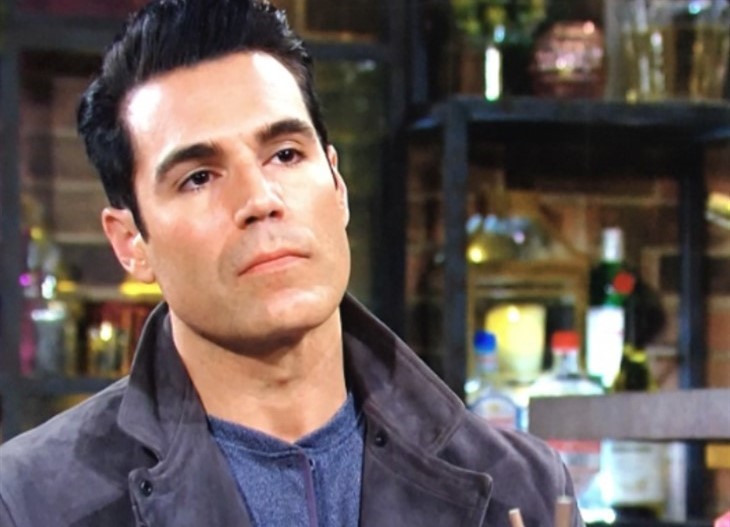 The Young and The Restless (Y&R) spoilers tease that Detective Rey Rosales (Jordi Vilasuso) will set a trap for Chelsea Lawson (Melissa Claire Egan) in an upcoming episode of The Young And The Restless!

Viewers of The Young and The Restless will recall that Rey wasn’t exactly all ears when his wife, Sharon Rosales (Sharon Case) tried to tell him that Chelsea was faking. She told him that Adam Newman (Mark Grossman) had told her that he caught Chelsea able to move at least a little bit that she couldn’t move right in front of him. Of course, as viewers of The Young and The Restless would expect, Rey’s ears stopped working at the name “Adam”!

Nick Newman (Joshua Morrow) had also seen improvement in Chelsea in between the crises with Faith Newman (Reylynn Caster) so when Rey found that out, and he visited Chelsea again to see some improvement also, he realized that Sharon wasn’t just repeating Adam’s lies. The things that she tried to tell him about who poisoned him are now starting to make some sense to Rey, even though he still doesn’t want to believe that Adam could have been framed by Chelsea. Part of him even would want to help Chelsea frame him, but he knows that logically, he had better not try that. Even if he made Chelsea part of a takedown of Adam, if he gives her the benefit of the doubt it’s not easy to out con a con, and she is a con to the core! Still, the only motive Chelsea would have to poison him would be to either try to frame Adam or Sharon.

Viewers of The Young and The Restless know that Rey would know about Chelsea’s con-woman past. He doesn’t trust her much more than he does Adam, although he did feel sympathetic towards her when she first became paralyzed. Rey had previously thought that he would bring Chelsea in as part of a sting; that he would ask her to use her and Adam’s son, Connor Newman (Judah Mackey) as bait to draw Adam out. The plan had been to publicize that Connor was very ill and bring the Newmans into the loop with the exception of Victor Newman (Eric Braeden) as he may have clued Adam in. He wasn’t going to tell Sharon, either, because he has come not to trust her concerning Adam, which is of course breaking up their marriage. Rey may decide on a modified plan – perhaps turning things around a little bit.

He will need the cooperation of Connor’s school and he may have to get a warrant to do so or possibly a warrant to put a bug on Chelsea’s phone and any other devices by which she may contact Connor. That would probably be simpler than trying to bug Connor’s device since as viewers of The Young and The Restless will recall, the school is out of town and likely out of the GCPD’s jurisdiction. Another idea he comes up with is to bug Adam’s penthouse without Chelsea’s knowledge, and use the fugitive status of Adam to do so – the same cameras that would capture Adam’s movements in the penthouse, should he show up, will also capture Chelsea’s! Rey decides that is the best plan of action because the warrant will be based on Adam, not on Chelsea!