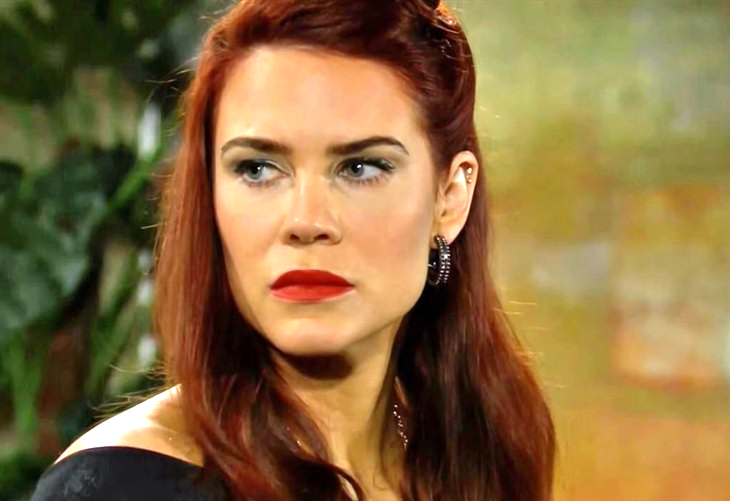 The Young and The Restless (Y&R) spoilers and updates reveal there is a lot of tension and anxiety as Victoria and Ashland prepare for their wedding. Adam’s plus one will bring some much-needed humor to the situation and it will get her the audience she desires with the bride-to-be.

Adam Newman (Mark Grossman) has done everything he can to put distance between himself and Sally Spectra (Courtney Hope) but, it has been to no avail. He told the redhead he would not help her sell Victoria Newman on the wedding dress Sally created, but spoilers indicate he will do just that. He will team up with the designer to help her get her gown to his sister, and spoilers say this will lighten the mood in Tuscany.

Victoria Newman’s (Amelia Heinle) engagement has been filled with drama from day one. Ashland Locke’s (Richard Burgi) impending death, the details of his past life, Niki Newman’s Melody Thomas Scott’s doubts and Billy Abbot, (Jason Thompson) and Nick Newman’s (Josh Morrow’s) interference have caused a somber mood instead of a festive one. On Wednesday, Sally’s antics will brighten things up for viewers.

The Young And The Restless – Sally Spectra Springs Into Action

Adam will assist Sally in getting into Victoria’s room and Ms. Spectra will attempt to place the dress in the armoire. Vicki will return and a panicked Sally will be frantically attempting to get out of the way and might jump into the armoire to hide.

Victoria is sure to be shocked and wonder what is going on and Sally will probably bumble and fumble initially. Spoilers indicate that Vicki will fall in love with the wedding gown so it will seem as if the mission will be accomplished. Whether or not the nuptials take place remains to be seen.