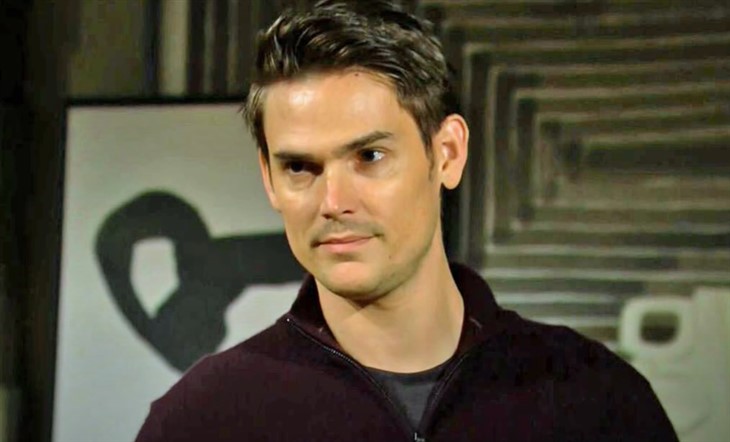 The Young and the Restless spoilers document that Adam Newman (Mark Grossman) was rolling along. He made progress in an attempt to stop being a self-serving agitator. But then Sally Spectra (Courtney Hope) was dropped by Jack Abbott (Peter Bergman).

Sally is a highly appealing persona. But she is also trouble, as Wyatt Spencer (Darin Brooks) on Y&R’s sister show, The Bold and the Beautiful knows.

Victor Newman (Eric Braeden) needed to shift his focus to Victoria Newman (Amelia Heinle) due to the drama involving her fiance and the wedding. That means the Moustache’s eyes are off Adam for the moment, which gives Sally an in.

Adam has loved Sharon Rosales (Sharon Case) for more than a decade. But they have not been married in that long of a period as well.

Chelsea Lawson (Melissa Claire Egan) knows that she is Adam’s second choice. Her feelings are accurate. Even though they share a child, Chelsea does not hold the top place in Adam’s heart.

Adam recently told Chelsea that Chadam has no shot to continue. Since Shey is active, Adam is a bachelor for the time being. That is what his father recommended he remain.

For the most part, the Newman’s are experiencing peace. That is due to Adam’s decision to make amends with his father and Nick Newman (Joshua Morrow).

Adam has experienced his big brother’s support for the first time in their adult lives. Grossman’s character deeply values Nick’s genuine desire to back his efforts at being a better person.

Victor is thrilled that his sons are getting along and, after taking responsibility for Adam’s psychological issues, believes that the future is brighter than ever. But, as noted, Victor needs to help Victoria and Ashland Locke (Richard Burgi) right now.

The Young And The Restless Spoilers – Sally Spectra Is A Destabilizer

Sally’s backstory is not balanced. She can offer whatever explanations and excuses that she wants, but her undisciplined behavior sparks deep trouble.

Adam has told Sally directly that they will not be a couple. Hope’s character is willing to let him believe that she agrees. But Sally senses an opportunity, his vulnerability, and the many future possibilities an Ally pairing would create.

Ally feels destined to happen. But there is still time for Adam to resist walking through a doorway that could disrupt his life, break just established family bonds, and potentially end his run at Newman Media.