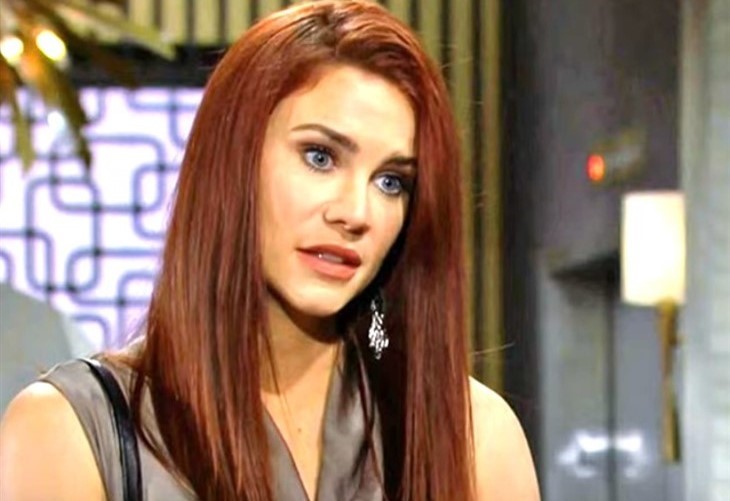 The Young and The Restless (Y&R) spoilers and updates reveals Ms. Sally Spectra feels that she is being judged while Phyllis gets a free pass. She lacks understanding of the ties that bind and the fact that she will never be accepted by the Genoa City elite.

The Young And The Restless Spoilers – Sally Spectra Continues Plotting

Sally Spectra (Courtney Hope) recently lamented to Chloe Mitchell (Elizabeth Hendrickson) that Phyllis Summers (Michelle Stafford) always got a free pass while she was ostracized by Genoa City residents. This came after Chloe acknowledged that she was going to have dinner with Kevin Fisher (Greg Rikaart) at Michael Baldwin (Christian LeBlanc) and Lauren Baldwin’s (Tracey Bregman) home. Sally wondered why Lauren forgave Chloe and will not forgive her.

Y&R Spoilers – The Ties That Bind

Sally does not have an understanding of the ties that bind people together. In Genoa City the residents have had decades of connections through work, family and social situations. Everyone that the redhead has targeted has a connection to others in town they may disagree with. Chloe is Lauren’s sister in law and both she and Phyllis has been in Genoa City for decades, Phyllis has been in the world of the Abbotts and Newmans for many years. They have ties that bind and connections to the Abbotts and Newmans.

The Young And The Restless Spoilers – More Drama To Come

Sally is a newcomer and an interloper who does not have any connections by blood or marriage to the individuals she continues to target. She complained so much on Wednesday that Chloe gave her a reality check. She told her to stop whining and own up to her mistakes. Sally did not seem to comprehend and she is going to keep on being who she reall is. Spoilers reveal that when Chelsea Lawson (Melissa Claire Egan) returns to Genoa City Sally will continue her manipulative ways.

Chloe has been attempting to lead Sally in the right direction but is not having much luck. She is terrified that when Chelsea returns to Genoa City there will be big trouble. By that time Sally will probably have researched every detail of Chelsea’s life and will wonder why Ms. Lawson who was an outsider with a checkered past has been accepted and she cannot get a break. Chloe’s going to be busy trying to keep Sally in check because the redhead never learns.