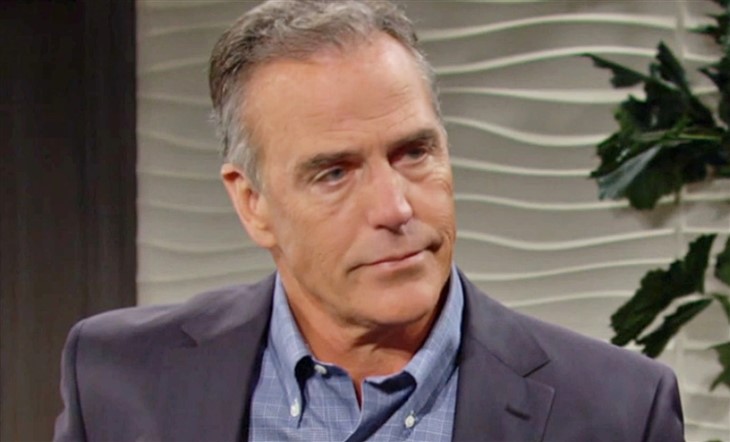 The Young and the Restless spoilers reveal that Ashland Locke (Richard Burgi) gives Lily Winters (Christel Khalil) a warning. This is around the same time that Billy Abbott’s (Jason Thompson) reputation and career are destroyed. It’s possible that Ashland gives Lily one last chance to save herself. However, will she jump ship before it’s too late?

The Young And The Restless Spoilers – Victor Newman’s Plan

Y&R spoilers reveal that Victor Newman (Eric Braeden) warned Billy that the gloves were coming off. The two have battled and competed before, but now it’s been taken up several notches. As Victor came up with a plan and instructed Adam Newman (Mark Grossman) to do his part, Ashland was brought into the mix.

While all three of them want to take down Billy and ChancComm, Ashland’s interest in the scheme is very personal. Ashland not only wants to destroy Billy professionally, but personally as well. After all, Billy tried to stop Victoria Newman (Amelia Heinle) from marrying Ashland. So, it’s only logical that Ashland will try to get Lily to leave Billy.

Lily is already facing a lot of challenges with Billy. There is his fixation on Ashland and Victoria’s relationship. There is his quest to destroy Adam as well as his war with Victor. While the trio is going after ChancComm, their beef is with Billy. In fact, Adam offered Lily a job with Newman Media. Of course, Lily laughed it off and has no intention of walking away from ChancComm or Billy.

The Young And The Restless Spoilers – Ashland Locke’s Warning

The Young and the Restless spoilers for the week of November 15 reveal that Ashland gives Lily a warning. It seems that Ashland might give Lily one last chance to save herself before Billy and ChancComm go down in flames. However, it doesn’t sound like she listens.

Lily gets an email from Billy telling her to publish the story exposing Ashland’s past. Lily does exactly that but there is a complication. It turns out that Billy never sent that email. As long as they still have Jesse Gaines (Jamison Jones) and the original letter from Camilla Rhodes, they are safe.

However, there is a good chance that Gaines disappears again or could have been playing Billy all along. When the story goes viral and ChancComm comes under fire for publishing fake news, it will have devastating consequences. Not only will Billy and Lily’s reputations be ruined, but ChancComm will have a hard time repairing the damage. Plus, Ashland will have his lawyers all over ChancComm as he will probably sue for character defamation. If this happens, what does this mean for Billy and Lily’s future?