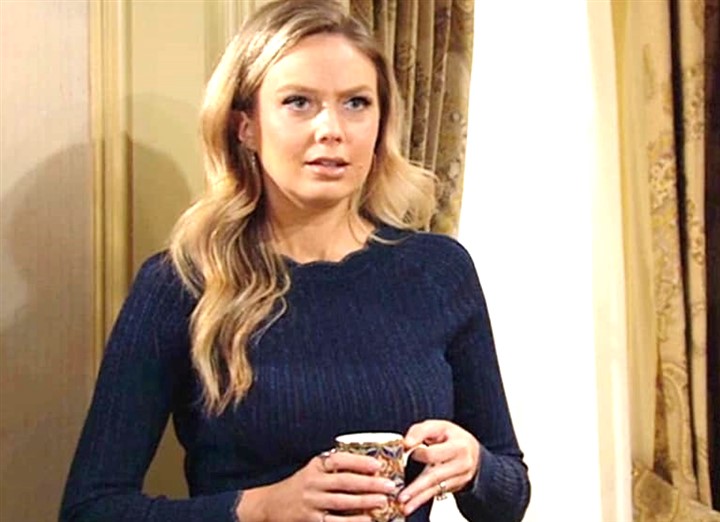 The Young and the Restless spoilers for Wednesday, November 10, 2021, reveal Abby Newman not knowing where to turn next, so she looks for help from a most unexpected person.

The Young And The Restless Spoilers – Is Abby Newman Losing Her Mind?

It’s clear Abby (Melissa Ordway) is not rational right now and maybe hasn’t been since she took a crowbar to Arturo Rosales’ (Jason Caneles) car a few years back. She was tired of being jerked around by men, so when one said he wanted to one day have children, she married him, made a baby with a sperm donor and a surrogate when he went on a secret mission, and is now determined to find his remains now that he’s presumed dead.

Except nobody wants to let her have the Newman jet. The Great Victor Newman (Eric Braeden) said no, Victoria (Amelia Heinle) said no, so now Abby calls on Nick Newman (Joshua Morrow). Will he let her have the jet and be the brother she needs? Abby is desperate to find Chance and it looks like nobody is going to get in her way. (But pills might get in her way…)

It’s been a while since we’ve seen Phyllis Summers (Michelle Stafford) and Sally Spectra (Courtney Hope) go at it but neither one of them has forgotten how much they hate the other. Sally thinks her life is going swimmingly now with Adam Newman (Mark Grossman) and thinks it’s hilarious that Phyllis is all alone.

Because Sally and petty go hand in hand, she can’t wait to rub salt in Phyllis’s wounds, but it doesn’t look like Phyllis is going to take this lying down.

It’s getting closer to the moment when Amanda Sinclair (Mishael Morgan) will take the stand and testify against her grandfather, Sutton Ames (Jack Landron). She managed to get his coercion and witness tampering recorded on her phone.

Will her testimony and that audio be enough to put him away before he can hurt Amanda and her family even more? Will Devon Hamilton (Bryton James) even be there to support her or will he be stuck in Abby’s hellish landscape? Stay tuned to the Young and the Restless weekdays to see how these stories play out.