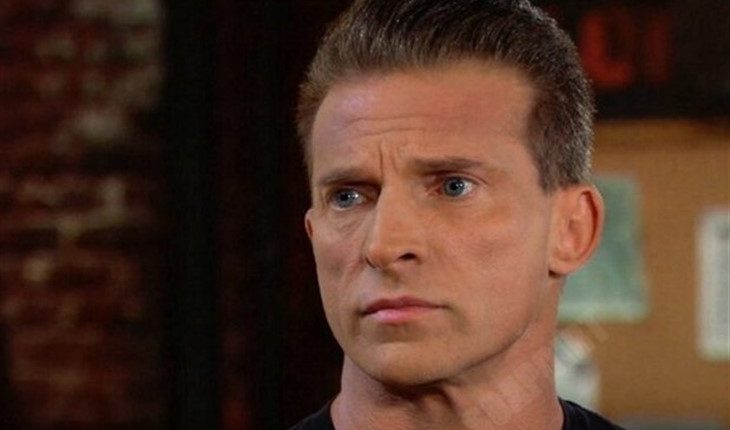 General Hospital (GH) spoilers tease that fans are in a lather over Steve Burton and his status as Jason Morgan on the ABC soap. What’s the grist going through the rumor mill?

Fans are actively speculating about whether or not the Daytime Emmy winner is leaving the show for a second time. Let’s unpack what we know so far about this audacious rumor.

ABC’s General Hospital has put in place a COVID-19 vaccine mandate, meaning everyone on set must be vaccinated. Fans are speculating that Steve Burton will leave the show due to the mandate.

What has the man who debuted on GH in 1991 said about the mandate? Zero, nada, zed. Which makes it enticing apparently for fans to light up social media with conjecture as to his status—vaccine wise and character wise.

The actor has further stoked the rumor mill with a curious post that has fans buzzing.

On November 10 he posted an Insta video in which he’s in front of the studio. It looks like he’s come from the set as he’s wearing Stone Cold’s ever-present black t-shirt. What did he have to say to fans?

The animated man (think Tony Robbins infomercial) wrote this caption: “Syracuse! 🤯 I’ll see you soon. Early Christmas for me! Gonna have a blast! steveburton.com for tickets! Or click link in bio! @islandgirl4ever is putting on the event!!”

No one was interested in talking about the gig, everyone was all about whether or not he’s leaving the show. The comments went like this: “I won’t be watching when you & Ingo leave for believing in personal medical freedom,” and “Jason was becoming so much more enjoyable and has found his best pairing with Britt! And now you’re leaving.”

General Hospital spoilers – What Happens Next In Port Charles?

Keep in mind that all of this departure talk is pure speculation, neither Steve nor the show have made any indication either way about his status.

And yet the fans were adamant: “You do what is best for you and your family. So sorry for this mandate. Good people are loosing jobs , taking away our freedom,” and one wrote, “So sad to read about you being forced to leave GH because of the mandate. Glad you’re taking a stand I will not watch Gh anymore I’m so done. I stopped the last time you left too. You will be missed. Good luck to you always.”

In 2012 Steve left GH for CBS’s sudser The Young and the Restless where he played Dylan McAvoy. The former soldier suffered from PTSD and it was discovered he was the son of Nikki Newman (Mlody Thomas Scott) and Paul Williams (Doug Davidson).