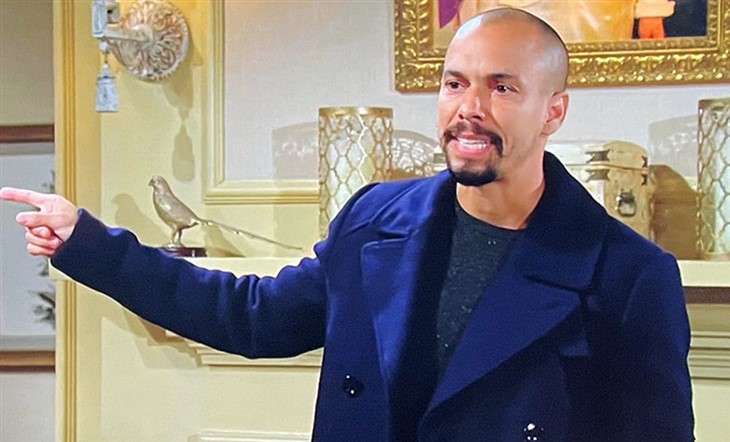 The Young and the Restless (Y&R) spoilers for Thursday, November 11, 2021, reveal Devon Hamilton ready to do something about Abby Newman and her inability to take care of her child.

While Devon (Bryton James) was forced to concern himself with Amanda Sinclair’s (Mishael Morgan) stories about Sutton’s trial, he missed out on taking care of Dominic for the day. But Nick Newman (Joshua Morrow) arrived to share an update and inform him that Abby (Melissa Ordway) is so preoccupied with her anguish and grief that she couldn’t even respond to Dominic’s cries while they were in the park.

This puts Devon on high alert as he now worries for his son, although he is not even legally his father. Devon tries to keep calm about the situation when he stops by the Chancellor mansion to visit Abby and see how things are really going.

That’s where he starts voicing his concerns over whether Abby can take care of the baby at this time. Abby has to ask herself the same thing as she contemplates taking more of the medication that Nate prescribed her. If only she had gone to Europe to search for Chance…

It was Billy Boy Abbott (Jason Thompson) who intrigued Rey (Jordi Vilasuso) about bringing down Adam Newman (Mark Grossman), as both men despise Victor Newman’s (Eric Braeden) youngest son. But now Rey finds himself over at ChanceCom interrogating Billy. He has a lot of questions for him and we are sure this has to do with what really happened to Jesse Gaines.

Will Billy be able to talk himself out of this one and get Rey off his scent? Or did he really and truly have nothing to do with Jesse’s adventure in Tuscany?

The Young And The Restless Spoilers – Is Victor Newman’s Plan Coming Together — Or Falling Apart?

Both Victor and Adam Newman are certainly confused when they receive an odd message from Billy. Victor and Adam were sure that Billy was falling right into their trap, but it looks like they’re thrown a curveball on Thursday. However, we all know Victor never lets curveballs stop him and Billy should still watch out. Stay tuned to the Young and the Restless weekdays to see how these stories play out.

Days Of Our Lives Spoilers: Philip Goes Over The Edge – Susan Feels The Evil