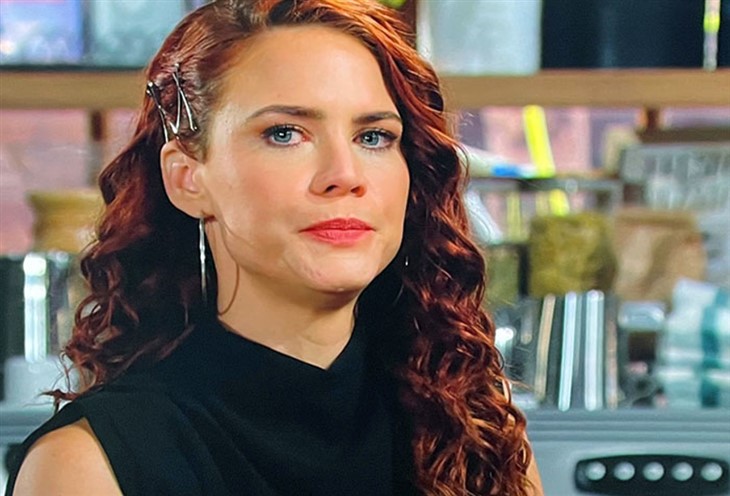 The Young and the Restless spoilers reveal that Sally Spectra (Courtney Hope) claims to be focusing on work. However, she still wants Adam Newman (Mark Grossman). Meanwhile, Chelsea Lawson (Melissa Claire Egans) wants to reconcile. As the women size up the competition, which one will ultimately win Adam’s heart?

The Young And The Restless – Adam Newman’s Renewed Interest

Y&R spoilers reveal that Adam was just as attracted to Sally as she was to him. However, Adam kept playing games. Sick of the hot-and-cold treatment from Adam, Sally announced she was pouring herself into her work. Once Sally did this, Adam has definitely shown a renewed interest in the fiery redhead. However, they are keeping it friendly and professional – for now.

During the week of December 13, Chelsea shows up at the Newman residence to speak with Adam. Chelsea wants to rekindle their romance so they can be a family again with Connor Newman (Judah Mackey). However, Adam thinks that too much has happened between them. Adam believes that they are bad for each other and it’s best to go their separate ways.

One factor that might make Adam question his decision is Chelsea’s wellness. Immediately, Adam notices that Chelsea looks good and is acting mentally stable. So, this could make moving on easier said than done.

The Young And The Restless – Sally Spectra’s Competition

The Young and the Restless spoilers reveal that Sally and Chelsea will both size up the competition. Obviously, this is referring to the women sizing each other up. Chelsea doesn’t care what Adam says, she wants him back and is determined to make that happen. However, she knows that Adam and Sally seem to have an attraction.

Meanwhile, Sally might say she’s done pursuing Adam, but that doesn’t mean she’s given up. It’s just another strategy in order to get what she wants. So, it is clear that Adam is going to have a love triangle on his hands.

The Young and the Restless Spoilers: Which Woman Wins?

Even though Adam might have a tough time choosing between Sally and Chelsea, the actor gave a hint. Grossman told Soap Opera Digest a few weeks ago that Sally is probably a better fit for Adam. The actor has also stated that Adam and Chelsea are bad for each other.

This doesn’t mean Adam will choose Sally and is just the actor’s personal opinion. However, Sally would be someone new. Fans have already seen Adam and Chelsea together, so perhaps it’s out with the old and in with the new? We will have to keep watching to find out.