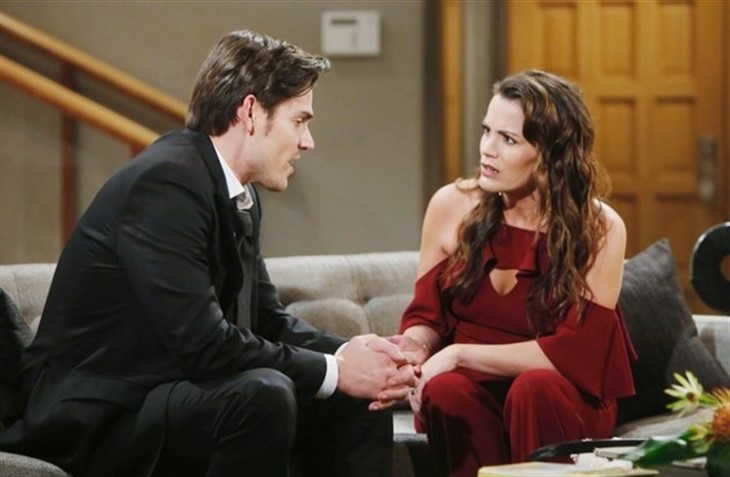 The Young and the Restless (Y&R) spoilers for Tuesday, December 14, 2021, reveal Chelsea Lawson making her long-awaited return to Genoa City — and she knows what she wants.

So what if Chelsea (Melisssa Claire Egan) faked insanity and got herself placed in a mental institution as she tried to kill Rey Rosales (Jordi Vilasuso) in order to frame Adam Newman (Mark Grossman). She believed Adam was cheating on her with Sharon Rosales (Sharon Case) and needed her revenge. Who cares if she managed to spend months away ostensibly taking care of her mother on an early release? She may have done some rotten things and not paid for them, but she is back.

And Chelsea is back to quite the cushy arrangement. Adam gave her his penthouse and a job at Newman Media so she can have a fresh start without having to lift a finger. She can even give Connor a home he is already used to. But Chelsea wants more than just a luxury home and a job. She still wants Adam and is determined to get him back. Will she give Sally Spectra (Courtney Hope) a run for her money?

It’s an odd meeting of the minds on Tuesday when Lily Winters (Christel Khalil) and Chloe Fisher (Elizabeth Hendrickson) get together to discuss something they have in common. Or is it someone they have in common? After all, Chloe was once married to Billy Abbott (Jason Thompson) and had his child (the late Delia) and Lily is now romantically with Billy. Do they talk about him or is this meeting more of a professional nature since Lily is now a woman in demand.

The Young And The Restless Spoilers – What More Can They Do To Billy Abbott?

Speaking of Billy, Victor Newman (Eric Braeden) and Adam still want to get the best of the man and manage to find more ammunition against him. It feels like this has become sport at this point. Adam and Victor plan their next move to ensure that Billy never manages to crawl his way to the top again. Stay tuned to The Young and the Restless weekdays to see how these stories play out.

B&B Spoilers: Taylor And Deacon Can Change Everything For Everyone