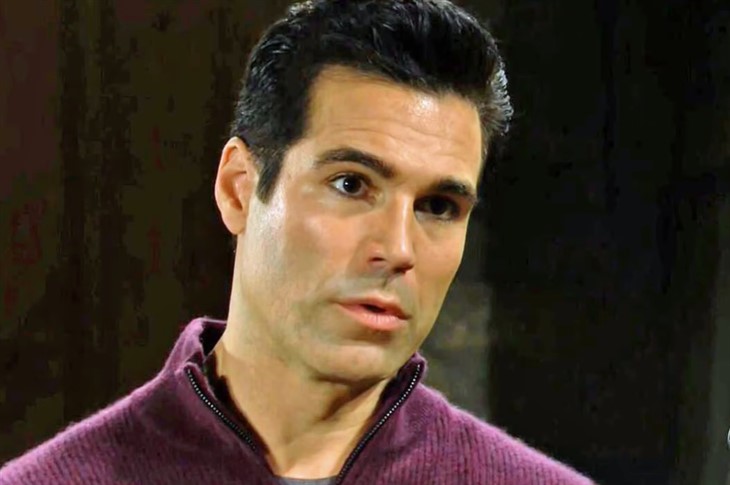 The Young and the Restless (Y&R) spoilers reveal that Rey Rosales (Jordi Vilasuso) and Chelsea Lawson (Melissa Claire Egan) caught up in Wednesday’s episode. Chelsea seemed to appreciate Rey’s support. However, Rey kept smiling and looking at Chelsea as if he were falling in love. Could he intercept Chelsea’s plans to have her for himself?

The Young And The Restless Spoilers – Chelsea Lawson’s Appreciation

Y&R spoilers reveal that in the episode that aired on Wednesday, December 29, Chelsea and Rey had a chance to catch up. Chelsea talked about coming back to Genoa City and doing what was necessary for Connor Newman (Judah Mackey). Rey could read Chelsea like a book, though, and got her to really open up about how things were going.

During the conversation, Chelsea allowed herself to be open and vulnerable with Rey. Chelsea also expressed her appreciation. Despite their history and Chelsea nearly killing Rey during her framing scheme, the two have developed a friendship.

Chelsea also thanked Rey for getting Connor a Christmas gift. Chelsea mentioned that her son hasn’t taken off the jersey ever since he got it. Rey talked about what a great kid Connor is. Chelsea responded by talking about how much Connor idolizes Rey. Now, the three of them did spend time together when Chelsea left Genoa City. However, it seems that they got extremely close, perhaps too close.

The Young And The Restless Spoilers – Lying About Adam Newman

The Young and the Restless spoilers reveal that Chelsea’s plan is to reunite her family. Chelsea wants to get back together with Adam Newman (Mark Grossman). However, she didn’t admit this to Rey. When he asked about it, Chelsea said she made it clear to Adam they will never get back together.

Fans know this is a lie and we have to wonder the reason she didn’t tell Rey the truth. Sure, everyone knows how Rey feels about Adam, but did Chelsea lie because she didn’t want a lecture? Or was the fib due to something more that Chelsea feels but can’t admit to?

Rey kept gushing about Chelsea and showering her with compliments. Rey also kept smiling and seemed to have a look of lust, maybe even love, on his face. Rey never stopped smiling the entire time he was talking to Chelsea. It’s clear that Rey has more than just admiration for how Chelsea’s turned her life around. It also seems much more than just a friendship for Rey.

For a long time, Rey accuses Adam and Sharon Rosales (Sharon Case) of an affair. However, it seems that now Rey might be the one to deceive his wife. Not only that, but could he intercept Chelsea’s plan to reunite her family? Is it possible that Rey secretly wants Chelsea for himself?

The Bold And The Beautiful 2022 Preview: New Characters, Evil Plots, And Couple Swaps