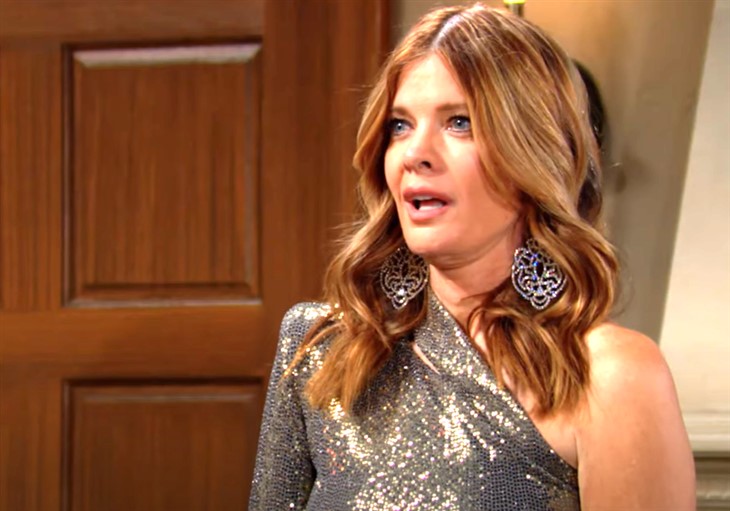 The Young and the Restless spoilers reveal that fans will see Phyllis Summers (Michelle Stafford) experience a wild journey on Wednesday, November 24. Phyllis gets to experience via dream how she really feels about Nick Newman (Joshua Morrow) and Jack Abbott (Peter Bergman). So, what does the dream sequence tell Phyllis?

The Young And The Restless Spoilers – Nikki Newman’s Statement

Y&R spoilers reveal that Gloria Fisher-Bardwell (Judith Chapman) will be the dazzling host of Phyllis’ Thanksgiving dream. Gloria takes Phyllis on a wild journey, which will center on the reason for the split with Nick. As fans know, the biggest problem the former couple faced was Nick’s family, the Newmans.

In the dream sequence, Phyllis goes over to the Newman ranch and Nikki Newman (Melody Thomas Scott) makes a gesture of gratitude. Nikki elaborately thanks Phyllis for putting up with their family for all of these years.

In the dream, Phyllis isn’t spending Thanksgiving with Jack. Instead, she is with Nick, who is beaming widely and laughing. Nick and Phyllis both seem to be having a great time. At first glance, it might seem that this dream means that Phyllis really wants Nick. However, it could actually be the opposite and we’ll explain the reason.

The Young and the Restless spoilers reveal that Phyllis would love for her dream to come true. For her and Nick to be happy and for the Newman family to thank her for putting up with them. However, as long as Nick continues to be affected by everything that goes on in his family, Phyllis fears they can never have a happily ever after. So, this dream might tell Phyllis that she can never have a future with Nick because his family will always be an issue.

Even though Jack is not seen in the dream sequence according to the preview, this dream could bring “Phack” back together. When Phyllis realizes that she will never get what she wants from Nick or the Newmans, she could go straight to Jack. However, will Jack choose Phyllis, or could he decide that they’ve tried too many times already?

What do you think is going to happen in Phyllis’ Thanksgiving dream episode? What does it mean and will it resolve the conflict in Phyllis’ heart? Will it lead her to choose Nick, or could she run back to Jack? Let us know your thoughts and remember to keep watching the CBS soap to find out what happens next.