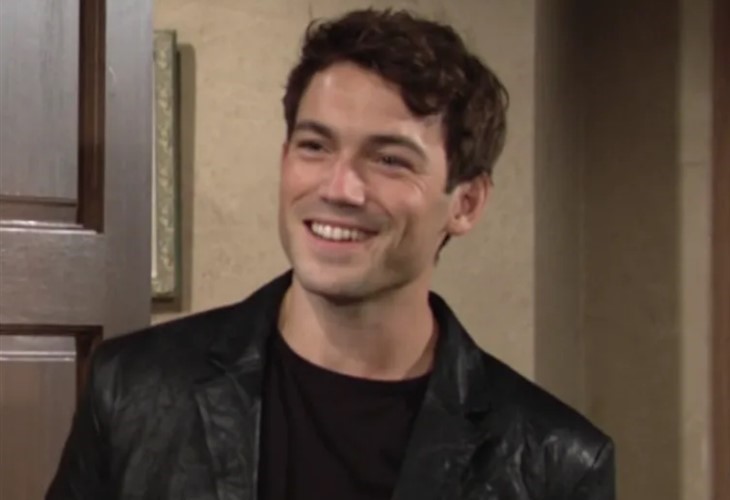 The Young and the Restless (Y&R) spoilers and updates tease Noah Newman (Rory Gibson) has had his heart broken. He has returned back to Genoa City after living in London. He was pursuing a career in art but has found that he cannot return to the art world of London. Noah was in a relationship but the relationship has ended. He is trying to figure out what he wants to do with his life and if he can make another love connection.

Noah and Tessa Porter (Cait Fairbanks) began to reconnect to each other when they were in Tuscany, Italy attending the wedding of Victoria Newman (Amelia Heinle) and Ashland Locke (Richard Burgi). Tessa has been having trouble in her relationship with her longtime girlfriend Mariah Copeland (Camryn Grimes). Mariah was kidnapped by Dr. Ben Rayburn AKA Stitch (Sean Carrigan) while she was pregnant. Mariah offered to be the surrogate to Abby Newman (Melissa Ordway) to help her realize her dream to become a mother. Mariah has had trouble separating herself from her kidnapping and giving up Dominic Phillip Newman-Abbott-Chancellor (no actor’s name known for this important role) to Abby. Mariah wants to become a mother but Tessa is not sure if she wants to become a mother. Tessa and Mariah may end up breaking up over trying to decide if they are ready to become mothers to a child. Noah may be able to help Tessa to get over Mariah.

Noah has just met Dr. Elena Dawson (Brytini Sarpy). Elena is in a relationship with Dr. Nate Hastings (Sean Dominic). Elena is happy with Nate but they may end up having trouble with their relationship. Nate was in a relationship with Abby at one time. Nate may end up turning to Abby in her time of need. Abby has just found out that her husband Chance Chancellor (Donny Boaz) has been declared dead. Chance was on an undercover mission when the building that he and his fellow team members were in was bombed. Abby is devastated by the loss of Chance. Abby may turn to Nate for comfort. It could cause problems for Nate and Elena. Elena has been working full time at the hospital and has a job at Chancellor Communications. Elena may turn to Noah for support if she begins to feel that she is losing Nate or that she becomes overwhelmed by her work.

The Young and the Restless Noah will want to find someone to love again. Noah will not want to be the one to be a problem in another couple’s relationship. Noah and Tessa have been in each other lives before. They are both creative people. Noah knows that Tessa loves Mariah. Noah cares for Mariah because she is his sister. Tessa may not feel that she can stay with Mariah if the issue of motherhood becomes a problem. Will Noah help Tessa pick up the pieces if she and Mariah break up? Noah does not know Elena but they could make a connection. Elena may find that she needs to move on from Nate if he turns to Abby. Could Nate and Elena come together if she breaks up with Nate? Be sure to catch up on everything happening with Y&R right now. Come back here often for The Young and the Restless spoilers, news, and updates.