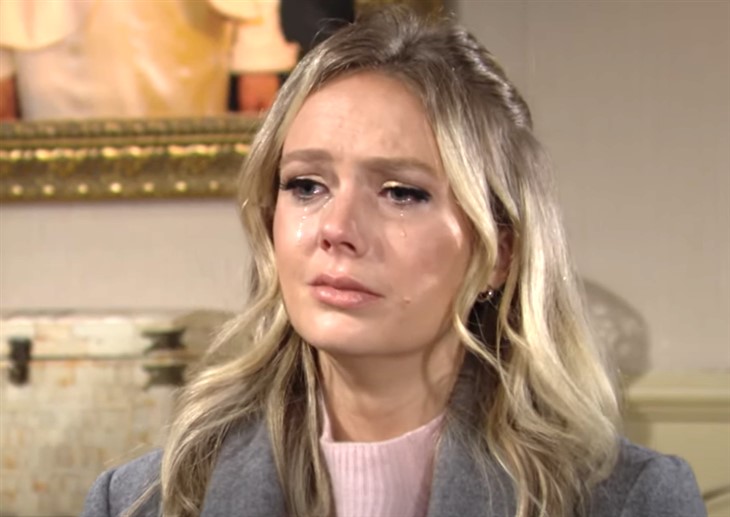 The Young And The Restless Spoilers: Abby Chancellor Is In Shock

Viewers of The Young and The Restless know that of course, denial is one of the first stages of grief. But when Christine brought over Chance’s wedding ring, which he never removed, that convinced Abby that Chance didn’t survive the bombing. Christine drove the devastating point home to her by mentioning that he had decided to wear the ring as part of his cover as a married businessman. Abby noted that she had tried to look up the incident online and found a news story indicating a gas leak, but Christine confirmed it was a bomb. Still, as viewers of The Young and The Restless will remember, no remains were found – only the ring and the watch! Abby’s parents, Ashley Abbott (Eileen Davidson) and Victor Newman (Eric Braeden) try to comfort their grieving daughter the best that they can, as well as close friends Devon Hamilton, (Bryton James) Mariah Copeland (Camryn Grimes) and Tessa Porter (Cait Fairbanks).

Viewers of The Young and The Restless know that Abby is not taking things well – even though the recovery of the ring told her everything she needed to know, there was no body! So Abby keeps thinking there had to be some reason that Chance took off his ring and watch and left the building, and she’s still expecting him to reappear or at least call! Viewers of The Young and The Restless will see Abby trying to set up a funeral with no remains found in spite of her wanting to believe that he’ll show up, and she’ll go back and forth between trying to accept his death and expecting him to show up alive after all. She may think that perhaps he had to change his cover to another identity, and left his watch and ring at the safe house and wasn’t in the building when it was bombed. No one wants to get real enough to put a visual out there of him wearing the watch and the ring and having them blown off him and that being the reason there are no remains! Christine didn’t go into if the ring had been cleaned prior to her receiving it.

Viewers of The Young and The Restless know that Abby desperately needs some help emotionally and mentally if she is going to survive this devastating situation. Victor will call Sharon Rosales (Sharon Case) for help for his daughter, who is falling apart even as she tries to plan a memorial service. Sharon will show up at the mansion to talk to Abby and to try and help her work through her grief and shock. Sharon is the perfect person, who always displays great sensitivity and empathy when she counsels someone. Sharon hopes that she can help her, but viewers of The Young and The Restless will see that things will get worse for Abby before they get better. She will be so overwhelmed with efforts to help her accept Chance’s death, that she will make some unexpected decisions!

Days Of Our Lives Spoilers: Is Sarah Horton About To Return To Salem?