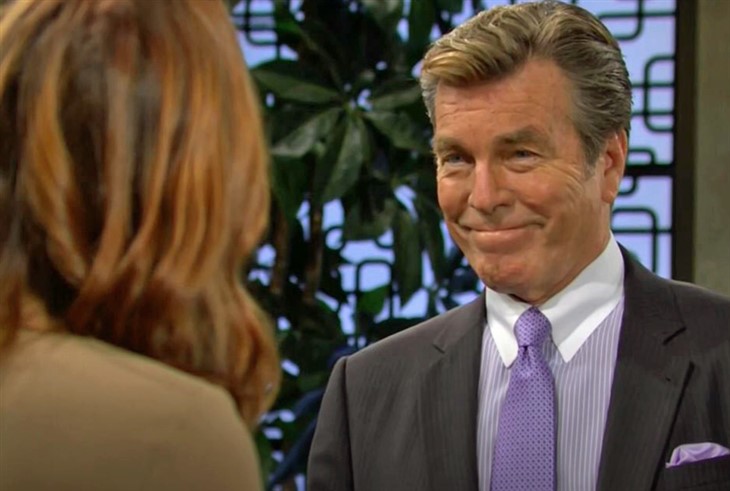 The Young and the Restless (Y&R) spoilers for Wednesday, November 3, 2021, reveal Phyllis Summers distraught over her most recent breakup with Nick Newman.

The writing was on the wall with Phyllis (Michelle Stafford) and Nick (Joshua Morrow) from the start. They always turn to one another when they have nothing else to do and they always break up. There’s nothing new about this time. Despite sharing a daughter together, these two are just never meant to be. After all, their relationship started as an affair when Nick was grieving the death of his teenage daughter, Cassie (Camryn Grimes).

Left all alone again, Phyllis goes running to Jack Abbott (Peter Bergman) because she can’t be alone for long. Jack has made no secret of the fact that he’s still in love with Phyllis and even Nick knows it. When he gives Phyllis some advice on Wednesday, will it be for his sake, her sake, or both of their sakes?

Yes, Victoria Newman (Amelia Heinle) should be a happy newlywed right now. She just married Ashland Locke (Richard Burgi) and feels madly in love with him although she barely knows him and he lied to her for months. But he is also dying so that puts a true damper on things.

As Victoria worries about her new husband’s condition and what news he might learn about treatments, Ashland hopes to have the best wedding gift imaginable for his new bride.

The Young And The Restless Spoilers – Trouble From Tuscany

For Billy Abbott (Jason Thompson) and Lily Winters (Christel Khalil), it looks like what Billy tried to unleash in Tuscany has followed them back to Genoa City. The pair has been wondering what happened to Jesse Gaines (Jamison James). He just seemed to disappear into an abyss.

On Thursday, Billy and Lily find that a surprise visitor has shown up at their front door. Who wants to bet Jesse Gaines is there and in a sorry state. What happened to him and what does he want now? Billy promised him vengeance and didn’t deliver. Will Lily start to finally see some red flags surrounding her boyfriend? Stay tuned to the Young and the Restless weekdays to see how these stories play out.