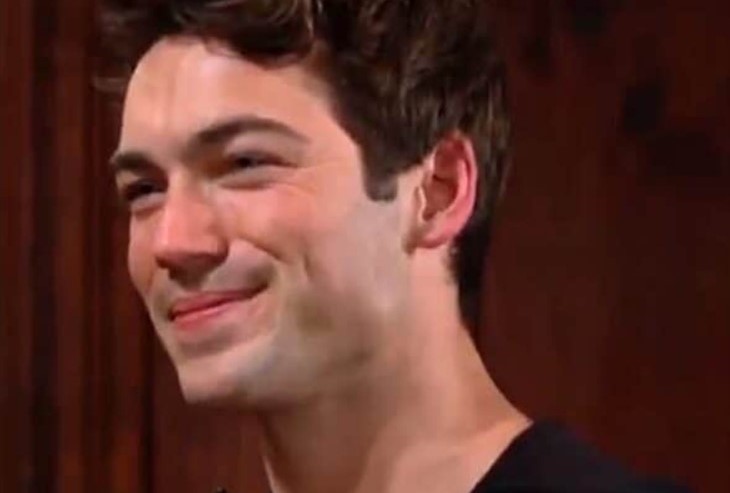 Sharon is worried about her son and questions him about his past in London. She may not get the answers she desires but in time he will find romance in Genoa City.

The Young And The Restless Spoilers – Sharon Newman Pressures Noah

Y&R Spoilers say that Sharon Rosales (Sharon Case) will have a lot of questions for her son Noah Newman (Rory Gibson). She will be especially curious as to why he left London so abruptly but not get any answers. While in Tuscany for Victoria Newman Locke’s (Amelia Heinle’s wedding Noah confided in his ex Tessa Porter (Cait Fairbanks) and told her he was dating someone who left him. This information will be kept from Sharon at least for now.

Noah and Tessa once were an item but she left him for his sister Mariah Copeland (Cameron Grimes). Tessa probably felt a bit guilty when she found out that another woman dumped Noah just as she did. Many viewers are expecting Mariah to be heartbroken when her brother and her girlfriend get back together but there are other romantic options in Genoa City.

When Robert Adamson briefly returned to the role of Noah last year spoilers suggested he might be a romantic interest for Lola Rosales Abbott (Sasha Calle) who was divorcing Kyle Abbott (Michael Mealor). Calle left Y&R to film The Flash where she has the role of Supergirl. The movie just wrapped up filming and last week Abby Newman said she missed Lola and referred to her as a superhero. Some fans took this as a teaser that Calle is returning to the CBS soap might hook-up with Gibson’s character.

Y&R Spoilers – Sally Spectra Could Be An Option

Sally Spectra (Courtney Hope) briefly met Noah in Tuscany. She is currently focusing on Adam Newman (Mark Grossman) but he continues to reject her. It’s possible that Sally and Noah could become an item but more likely she would set her sights on Nick Newman (Joshua Morrow) to make Adam and Phyllis Sommers (Michelle Stafford jealous. Spoilers indicate that Noah will get over his heartbreak with a new love and some fans have suggested it could be with a man. In the meantime, Sharon will try her best to find out what happened to her son in London.