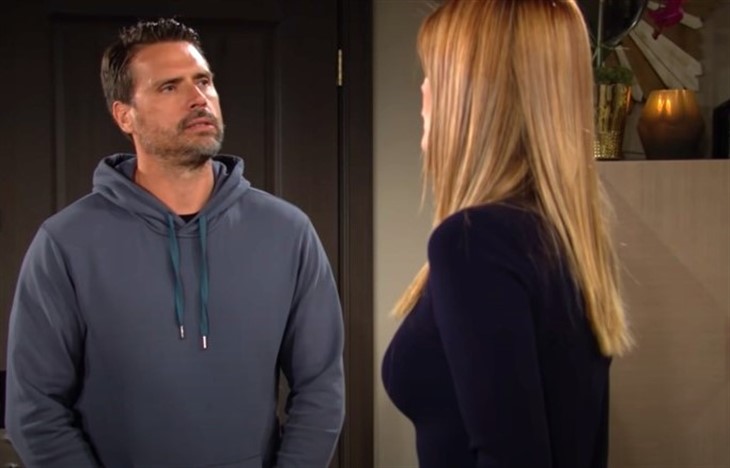 The Young and the Restless (Y&R) spoilers for Monday, November 1, 2021, reveal Phyllis and Nick finally facing reality — and it’s not a pretty picture.

The Young And The Restless Spoilers – Phick Reaches The End…Again

The on-again/off-again romance of Nick Newman (Joshua Morrow) and Phyllis Summers (Michelle Stafford) is off again on Monday when the troubles between this pair reach a boiling point. They have been battling for weeks now about every topic under the sun, especially Nick’s obsession with Ashland Locke (Richard Burgi), the man his sister Victoria (Amelia Heinle) just married. Phyllis doesn’t understand the obsession and Nick doesn’t understand why she keeps turning to Jack (Peter Bergman).

Phyllis has been trying to face facts all week, realizing the best thing she and Nick have together are sex and video games, and Nick finally agrees with her, putting an end to this version of Phick. We’re sure they’ll be together again one day, but now let’s do Shick.

What is it with Jack Abbott? First, he got in the way of Nick and Phyllis’ relationship and now Nikki Newman (Melody Thomas Scott) turns to him when she needs someone to vent to. At least Victor Newman (Eric Braeden) and Jack have been getting along the last few years, so this shouldn’t hurt Victor too much. But what does Nikki have to vent about? Everything went perfectly at the wedding. Does she want to ask him to call off his brother, Billy (Jason Thompson)?

Victor probably doesn’t even have time to concern himself with whatever is going on with Nikki because now he has to be there for his daughter, Abby (Melissa Ordway). Both Ashley Abbott (Eileen Davidson) and Victor form a united front to get Abby through learning Chance is presumed dead. But they also team up to see if they can get to the bottom of what really happened to their missing son-in-law.

Is this story far from over? Could Chance really be alive and arrive back in Genoa City at the most inopportune moment after Abby moved on? Isn’t that always the way on soaps? Stay tuned to The Young and the Restless weekdays to see how these stories play out.