Y&R Spoilers: The End For Phyllis And Nick – Amanda’s Decision 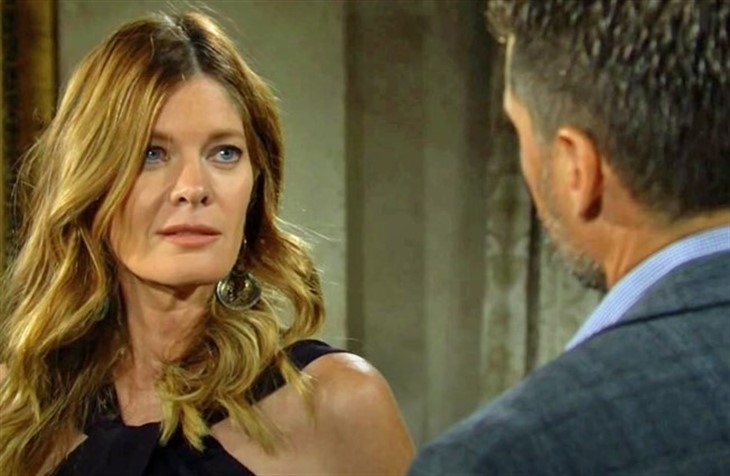 The Young and the Restless spoilers for Friday, October 29, 2021, reveal Phyllis Summer and Nick Newman getting into it again. These two just can’t seem to get along at all anymore.

The Young And The Restless Spoilers – Trouble For Phick Once Again

Phyllis (Michelle Stafford) and Nick (Joshua Morrow) have not had a loving moment in weeks. They argued in Tuscany when he just wanted to leave and then refused to attend the wedding with his girlfriend although Victoria (Amelia Heinle) said he could. He was just still mad that she was going through with the wedding and Phyllis put him in his place telling him that his sister was a grown woman and could make up her own mind.

Now that they are back in Genoa City, they are fighting again and he’s grown sick of seeing her turn to Jack Abbott (Peter Bergman) whenever they have an argument. Phyllis just got advice from Jack again and Nick is not sure if he can take much more of it. Maybe it wasn’t such a good idea for Jack to outright tell Nick that he’s still in love with Phyllis after all these years.

Abby Newman (Melisssa Ordway) is still in a state of shocked denial about Chance’s death and leaning on anyone she can for support. On Friday, in walks The Great Victor Newman (Eric Braeden)to make everything all better. He will probably just take charge and promise Abby he can find Chance and fix everything for her, but if Chance is really dead, even Victor is not that powerful.

Michael Baldwin (Christian Le Blanc) made things clear with Amanda Sinclair (Mishael Morgan) — he could get justice for both of her parents if she decides to testify against her grandfather at Sutton’s trial. Amanda was hesitant at first because it’s not how she envisioned things playing out. But on Friday she makes her choice. Will she take the stand? Stay tuned to the Young and the Restless weekdays to see how these stories play out.

Sister Wives Rumors: Who Is The Guy Hanging With Meri Brown In Florida?