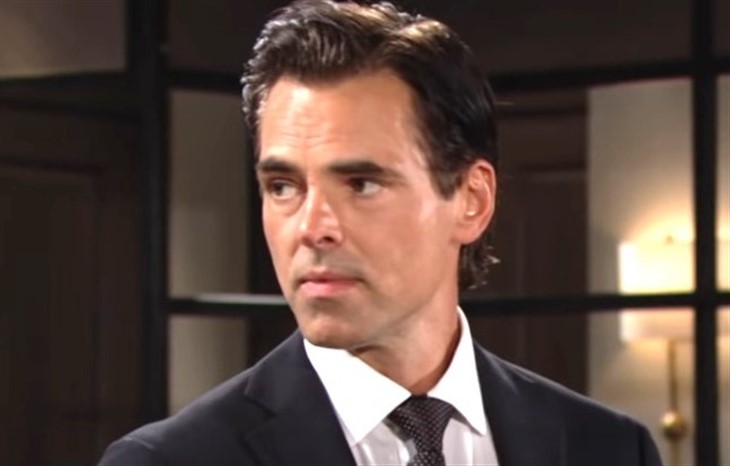 The Young And The Restless Spoilers – Rey Rosales’ Suspicion

Y&R spoilers reveal that Rey suspects that something isn’t quite right with the Ashland Locke (Richard Burgi) exposé. As Rey and Sharon Rosales (Sharon Case) were having a night out together, Adam and Sally Spectra (Courtney Hope) were at a nearby table. Rey couldn’t help but notice that Adam seemed on top of the world. Rey found it suspicious because Ashland is on the board at Newman Media. Rey doesn’t understand why Adam is celebrating rather than trying to do damage control.

Then, Rey watched as Adam had a few words with Jesse Gaines (Jamison Jones). Adam didn’t seem to interact with Gaines as he just launched an attack. Plus, Rey remembers that Gaines was meeting with Billy, so now he’s confused why he’s suddenly meeting with Adam.

When Adam strolled over to Rey and Sharon’s table, he offered to buy them a drink. The two discussed Gaines and that is when Adam drops a bombshell. Adam tells Rey that Billy was blackmailing Newman Media over the Ashland article. Then, he says, “Now that can’t be legal, can it?”

The Young And The Restless Spoilers – Billy Abbott Arrested

The Young and the Restless spoilers reveal that Ashland is suing ChancComm for libel. It looks pretty bad for Billy right now and the actor told Soap Opera Digest that things will just get worse. While Rey might not arrest Billy for blackmail, he could arrest him for another reason.

In the weekly preview, Billy threatens Adam and he looks ready to explode. Billy just might lose his temper and get physical. If that happens, then having Billy arrested for assault would certainly make a bad situation even worse. Due to the lawsuit and article on Ashland, everyone in Genoa City would talk about the arrest.

Meanwhile, Victoria is stuck in the middle. Even though she doesn’t want to get involved, she is going to find out everything that is happening. When Billy insists that he didn’t break his promise and he never approved that article being published, Victoria will know he’s telling the truth. As Ashland relishes in Billy’s downfall, he could make some statements or do some things that Victoria will take notice of. Victoria – and fans – might finally see the ruthless “Locke-ness Monster” that has been teased for months.

Be sure to catch up on everything happening with Y&R right now. Come back often for General Hospital spoilers, news and updates.