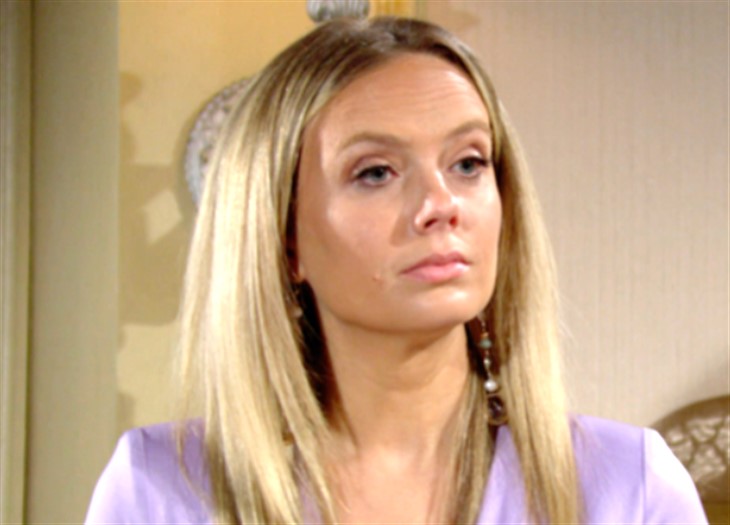 The Young and the Restless (Y&R) spoilers for Thursday, November 18, 2021, reveal Abby going on another journey in her mind as she mourns Chance — with a box of Chance’s things in her possession.

The Young And The Restless Spoilers – What Does Abby Newman Really See?

Abby Newman’s (Melissa Ordway) grief has gotten the best of her and she just had to take off. Receiving a box of Chance’s belongings was just too much so off to a motel room she goes, away from everyone and everything, including that baby she had to have so badly.

In the motel room, she realizes she barely knew Chance as she sees the medals and commendations he earned in the years before they were together. But she also sees something else that gets her wondering if the explosion story that took his life is true. Is this Abby’s first clue into finding Chance, as we know the character was recast with actor Conner Floyd and is on his way back soon.

Y&R Spoilers – Nikki Newman Is There For Devon

Nikki (Melody Thomas Scott) has been taking on that matriarch role more than ever these days and often seems to be the best voice of reason amongst all the craziness around her. She’s the only one of Abby’s relatives that’s even ok with the fact that Abby dumped the baby on Devon Hamilton’s (Bryton James) doorstep.

To that end, she pays a visit to Devon to help him out with fatherhood and babysitting, something he wasn’t really prepared for but now has to deal with. Devon is about to become way too attached to a baby he is going to have to give up.

While Nikki takes him to task and then runs off to see Devon, The Great Victor Newman (Eric Braeden) is reveling in his victory over what he did to Billy Abbott (Jason Thompson) and ChanceCom. Yes, Lily Winters (Christel Khalil) had to be collateral damage, but Victor wanted to finally bring down Billy Boy and it looks like that’s exactly what he finally managed to do — with the help of his partner in crime and son, Adam Newman (Mark Grossman). Stay tuned to the Young and the Restless weekdays to see how these stories play out.