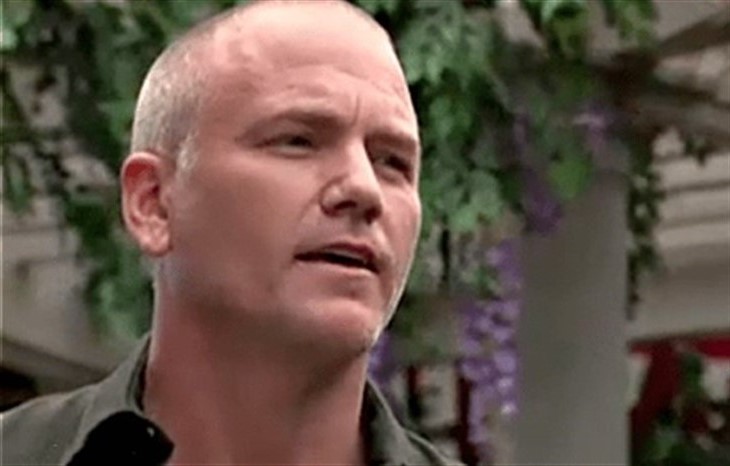 The Young and the Restless spoilers reveal that Ben “Stitch” Rayburn (Sean Carrigan) kidnapped Mariah Copeland (Camryn Grimes) and then fled. Carrigan expressed interest in another visit and could get a redemption story. Could he be connected to Chance Chancellor’s (Conner Floyd) rescue and return?

The Young And the Restless Spoilers – Kidnapping Mariah Copeland

Y&R spoilers reveal that fans were looking forward to Stitch’s 2021 return. However, the story didn’t go as viewers hoped. Stitch was the person who kidnapped Mariah and held the pregnant woman hostage until she gave birth. Even though Abby Newman-Abbott-Chancellor (Melissa Ordway) was able to get the truth out of Stitch, he wasn’t arrested. By the time everyone got to the house to save Mariah, Stitch had mysteriously vanished.

Just weeks later, Abby has been trying to cope with being a new mom to Dominic Newman-Abbott-Chancellor. Then, Abby received news that Chance’s safehouse was bombed. Chance is presumed dead but the Spanish authorities still haven’t recovered a body.

The Young and the Restless spoilers reveal that Abby has snuck out of town and isn’t responding to phone calls or text messages. Abby checks into a hotel and starts rummaging through Chance’s memento box. Abby realizes that there is an entire part of Chance’s life she knew nothing about. Then, she comes across a significant piece of evidence that leads her on a brand new journey.

There is no news of Stitch returning. That could be intentional as the CBS soap might want to keep Stitch’s redemption twist a surprise. Of course, Stitch’s redemption could be off-screen or he might not even be part of this storyline. However, fans were vocal about not liking Stitch being the one to kidnap Mariah. With Carrigan expressing interest in coming back for another story arc, saving Chance would actually be the perfect redemption.

When Chance fled Genoa City, there was no indication of where he went. Despite the authorities looking for him, there are a lot of ways that Stitch could end up in Spain. Coming across Chance and saving his life might be a coincidence… but it also could be fate. With it being confirmed that Chance returns home at the end of November 2021, could the credit not go to Abby as everyone thinks, but Stitch? Would this be enough to forgive him for what he did to Mariah?

Do you believe that Stitch will earn redemption through Chance’s death storyline? Could Stitch be the one that helps reunite Abby with her husband? We will have to keep watching the CBS soap to see what happens next in this storyline.