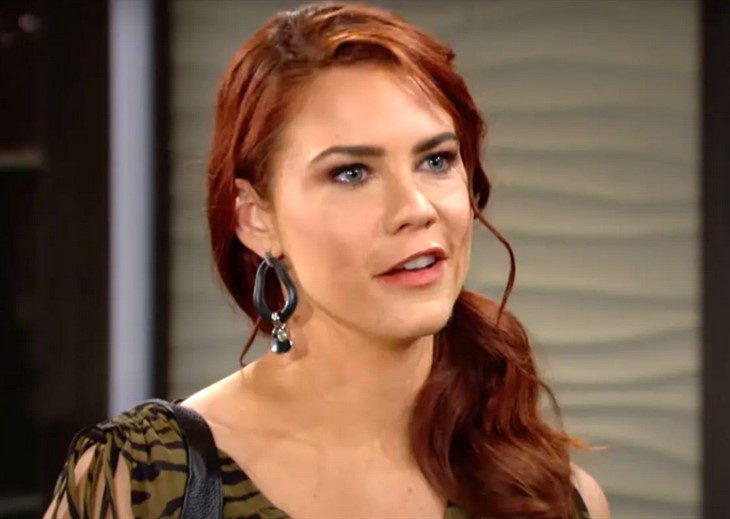 Deep down, Sally knows that her ship with Jack has sailed. Viewers of The Young and The Restless know that in recent episodes he told her he could never trust her again after she was found to have conspired with Tara Locke (Elizabeth Leiner) to get Summer Newman (Hunter King) out of the country. Tara’s endgame was Kyle Abbott (Michael Mealor) while Sally’s was Summer’s job!

The Young and The Restless fans will remember that Summer is like a daughter to Jack, who was married to Phyllis for a short time when Summer was little, and actually he and Phyllis have been married twice. But Sally knows that Phyllis ruined her life and her chances with Jack, and when she sees the two of them together she’s determined to find out what’s going on – and so she starts spying on them!

The Young and The Restless spoilers show that Sally’s always looking for a pot to stir, and that includes her observations of Jack and Phyllis. Sally’s been finding out a lot about the Newmans from Adam Newman (Mark Grossman) and he’s warned her that she was likely no match for Phyllis.

Viewers of The Young and The Restless will recall from recent episodes that Adam told her he’s had his own problems with her in the past, and even though Sally’s been warned, she might find a way to take her down. Sally may notice that Summer’s parents seem to be together but at the same time Phyllis seems just as “friendly” with Jack as with Nick Newman (Joshua Morrow)! Perhaps Sally will decide on a plan of attack that insinuates there’s more going on between Jack and Phyllis than meets the eye, and try to drive a wedge between Phyllis and Nick!

The Young And The Restless Spoilers – Bubble, Bubble, Toil And Trouble

The Young and The Restless spoilers tease Sally will probably not be successful in her attempts to interfere between either Phyllis and Nick or Phyllis and Jack, but that doesn’t mean that she won’t try! Sally might be brazen enough to even try flirting with Nick if she thinks Phyllis is watching, but Nick would stop her dead in her conniving tracks! But it seems like she might be trying to get Adam on her side to help her take down Phyllis.

Adam, however, is giving her a lot of friendly advice to the schemer and telling her that what she’s got in mind is not the way to redeem herself or engender trust in her new town! Adam’s got a lot more scheming experience than Sally does and Phyllis has got even more. In this battle of the redheads, viewers of The Young and The Restless can expect things to get worse before they get better for Sally!