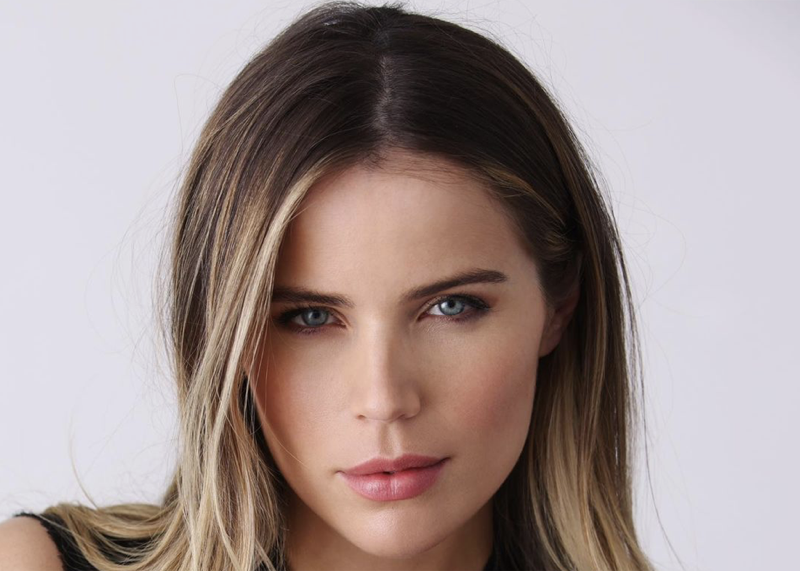 General Hospital (GH) spoilers reveal that Sofia Mattsson (Sasha Gilmore) has welcomed her first child into the world, a son. She posted a pic of her and her little bundle of joy on Instagram and both mother and baby are radiant!

She posted a pic of herself holding her sleeping baby in her arms with the caption: “Happiest 4 weeks ever with this little guy! 🥰 He joined us on 7/26/21 and stole my heart completely!! 💙.”

Her costars were quick to congratulate the new mom, including Eden McCoy, Josh Swickard, and Brianna Nicole Henry who posted this message: “You beautiful, strong, glowing mama!!! Congrats. What a lucky little guy he is, so proud of you ❤️.”

Sofia’s pregnancy was written into the story, with her character Sasha becoming pregnant after a one-night fling with hunky mechanic Brando Corbin (Johnny Wactor). Sofia let her fans in on the real life imitating reel life affair by posting on Insta: “Big things happening! So happy and excited to finally share this (almost ready to pop) bump with everyone!”

The child is the first for Sofia and her husband, actor Thomas Payton. The couple have been married for five years and no doubt are relishing the joys of first-time parenthood. 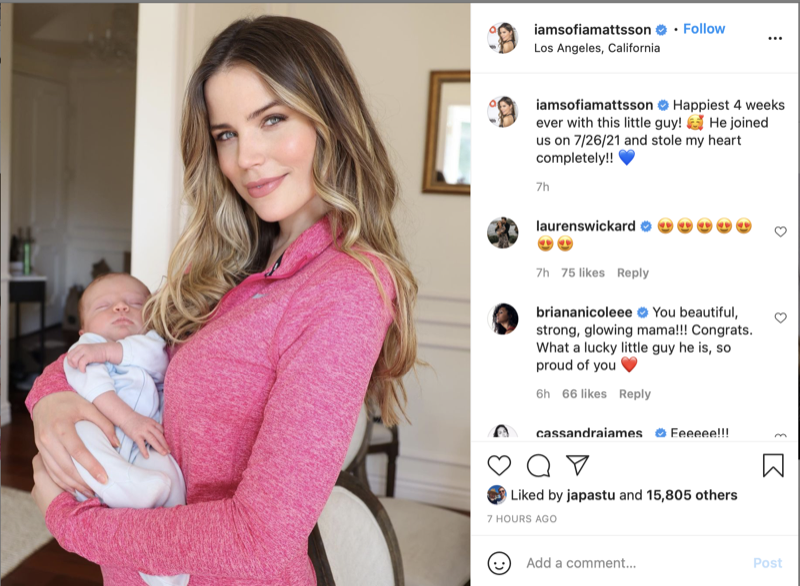 Back in Port Charles, New York, Sofia’s character Sasha Gilmore has yet to have her baby with Brando. Right now all seems good except for his meddlesome mother Gladys Corbin (Bonnie Burroughs). Gladys is a bit of a loose cannon and she has made her feelings about Sasha well known. For one thing Mama Corbin thinks Sasha is beneath her glorified son, who has told her to take a hike from his apartment. In turn Sasha magnanimously offered her kind-of MIL a job at Deception and Gladys was thrilled with the prospect of free cosmetics.

It remains to be seen how this drama resolves, since Brando is committed to Sasha and has renounced a life of crime for her and their baby. Will Gladys get a clue and get on board with the happy family? Some fans think she will try to throw a monkey wrench into the proceedings even though she has no reason to. We’ll have to see how August Sweeps winds up to know the answer to this question GH fans!