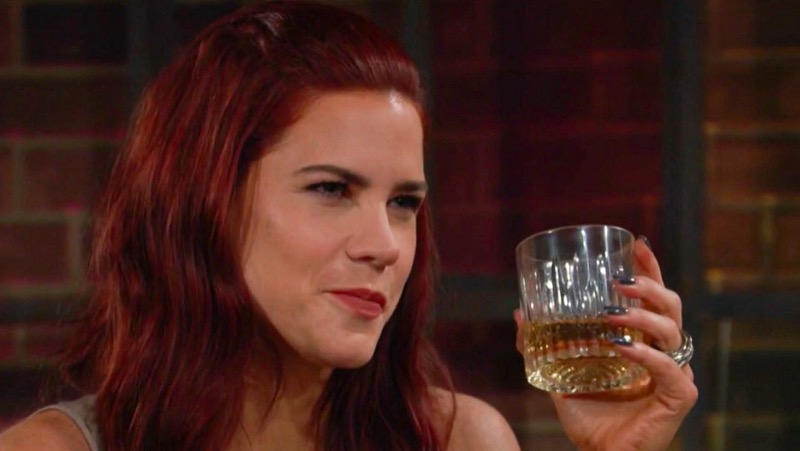 The Young and the Restless (Y&R) spoilers for Wednesday, August 25, 2021, reveal things taking a turn for the worse with Mariah — while she is still all alone.

The Young and the Restless Spoilers: Mariah’s Family Is More Desperate Than Ever

Mariah (Camryn Grimes) has been holed up in the same wood-paneled room for weeks with nobody to talk to and many not even worrying about her. Now that they are worried, Mariah’s friends and family are all in on finding her before it’s too late. And any time can be too late when a person is as pregnant as Mariah.

Now Mariah is in labor. It’s her worst fear come true. She might have to actually deliver this baby on her own. Since this is not something she’s prepared to do, she removes the cover she put over the video camera and begs for help. At least Rey (Jordi Vilasuso) has a lead to go on now but isn’t it time he figured out that the lead he has is quite suspicious.

Tension For Victor and Nikki Newman

Both Victor (Eric Braeden) and Nikki (Melody Thomas Scott) have done their best to support Victoria’s (Amelia Heinle) latest impulsive love life decision. However, Nikki’s support has been a bit more genuine. As for The Great Victor Newman, he is as determined as ever to find all the dirt on Ashland Locke (Richard Burgi) because he doesn’t trust the man as far as he can throw him.

When Victor and Nikki have a disagreement on Wednesday, is it about Ashland? Will Nikki convince Victor to give him a chance or will Victor convince Nikki that Victoria has fallen for the wrong man once again.

Will Sally Spectra Get Revenge?

While Sally Spectra The Younger (Courtney Hope) seems to be moving on professionally by taking a job working with Chloe (Elizabeth Hendrickson), she is still smarting from all Phyllis (Michelle Stafford) took from her. She was really falling for Jack (Peter Bergman) and thought they could have had something, but she can’t admit her own penchant for lying got in the way.

When she sees Jack and Phyllis sharing a tender moment on Wednesday, it stirs her jealousy — and her instinct to play more dirty tricks? Sally should really watch who she is messing with if she goes after Phyllis or anyone Phyllis loves again. Stay tuned to The Young and the Restless weekdays to see how these stories play out.