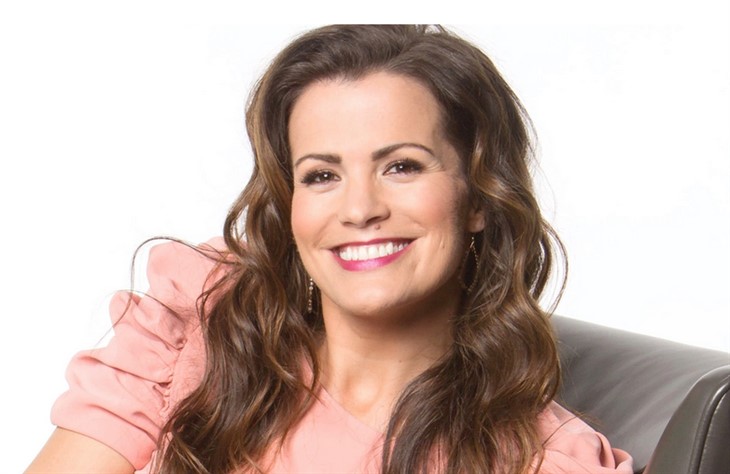 The Young and the Restless spoilers reveal a big break from Chelsea coming up as Melissa Claire Egan has given birth to an adorable little boy and will be taking maternity leave to just enjoy being a mother.

Caden and her husband, Matt Kotrasar, welcomed a beautiful bundle of blue they named Caden Robert on Saturday, August 21. The baby weighed in at 7 lbs, 7 oz, and measured 20 inches long. Both parents are thrilled with their new arrival and they shared their exciting news with People, saying:

“We are overjoyed to welcome Caden Robert Katrosar into the world,” the couple tells PEOPLE in an exclusive statement. “Everyone is healthy and doing well, we’re so grateful for all the love and well wishes along our journey to get here. We’re awestruck by this little man and can’t believe he’s ours.”

Egan even invoked her Y&R character while thanking the healthcare workers who helped her deliver. “Huge thanks to all the amazing doctors and nurses at Cedars Sinai who have taken such good care of us! Although this is my first child in real life, I’ve had very dramatic on-screen births on The Young and the Restless. Once after falling through a lake, I delivered my son on the show in a cabin. The other time, I went into labor at my wedding and delivered a baby right there in my wedding dress. So this was a breeze compared to that.” 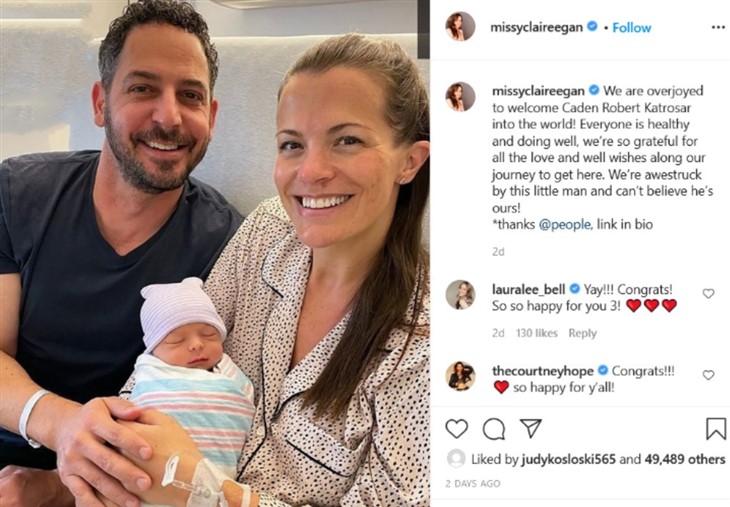 The actress had just announced her last day on The Young and the Restless set 10 days before giving birth with an adorable tweeted baby bump selfie saying: “Last work selfie for a while!”

On-screen, Chelsea has been visiting her injured mother and communicating with Genoa City residents via video calls. Perhaps Egan pre-taped a few of those so we get to see some of Chelsea while the actress is home with her beautiful baby. Then, we’re sure she will be back to cause more trouble because that’s just who Chelsea is, even when she doesn’t want to cause trouble. It is a soap opera after all.

Stay tuned to The Young and the Restless weekdays to see if you can catch a glimpse of Egan as Chelsea Lawson.

Noah Huntley Joins Days Of Our Lives: Beyond Salem Cast