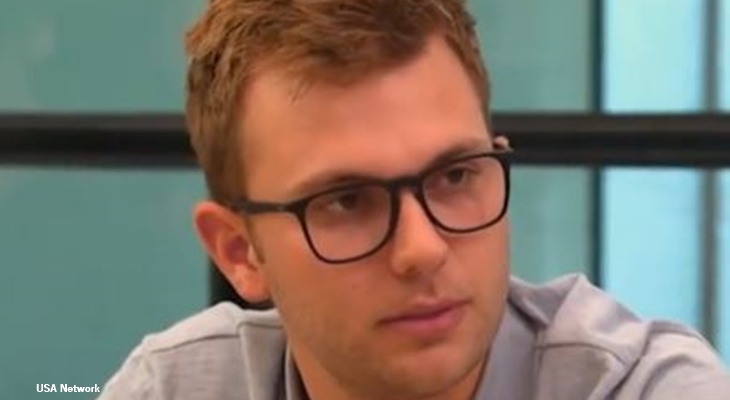 Chrisley Knows Best star Chase Chrisley told his fans about getting eye surgery. Well, he didn’t get a lot of sympathy from USA Network fans. Instead, they had a good laugh at his expense. Why is that? Usually, that sort of post would get a lot of living thoughts and prayers. Well, to find out, read on and let us know if you also think it’s quite amusing.

Todd and his son Chase are well-known pranksters. Actually, they never stop the war on each other when it comes to joking around. Actually, he seems like a nice enough guy. Fans see that he lives with his friend in a nice house. There, he lives a fairly responsible life. With a pool to maintain, a garden, and a kitchen, he enjoys cooking sometimes. plus, he called himself a master when it comes to grilling outside. Inside, There’s a  TV and a space to relax. When he’s at home, he probably spends some time thinking up the next prank to get back at his dad.

The Chrisley Knows Best dad sometimes takes things a bit too far though, Once when they were on vacation, he went about four stories up and dumped a bucket of ice-cold water over Chase. Chase lay in the pool at the time, soaking up the sun. But, when the ice hit him, it actually hurt. Chase told his dad that he actually drew blood. Well, some fans were worried as the ice could have injured his eyes. Fans know that Chase has had some problems with his eyes for a long time. Occasionally, they see him wearing his eyeglasses on the show.

This week, Chase talked about his eye surgery. In his caption on Instagram, he wrote, “Since i was a little kid i had always had terrible vision. growing up i had to wear glasses and eventually contacts that i would have to put in daily and remove daily. Needless to say, it was a pain.” Chase Chrisley then continued and explained it a bit more. He noted, “thanks to the amazing and talented doctors…i now have 20/20 vision!” He added, “I couldn’t be more happy with the outcome.” Apparently,  he had LASIK eye surgery. So, he said that it worked and “truly changed my life!” Then, he gave the doctors a shoutout and recommended them if anyone else ever needs it. 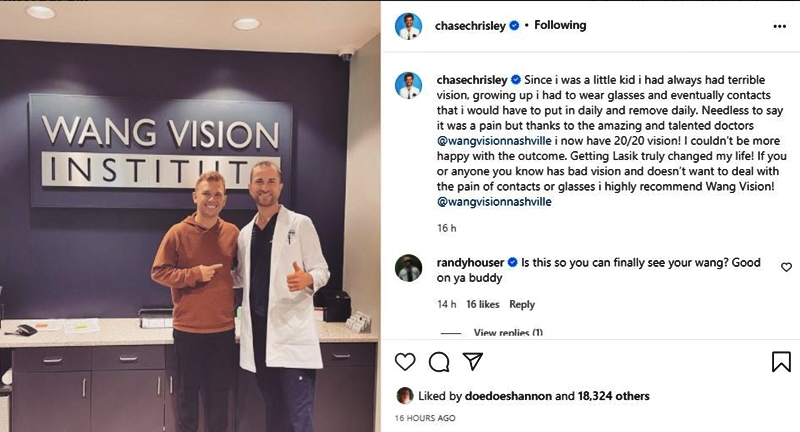 Well, as you can see from the post above, the surgery has a rather unfortunate name, fans agreed. So, plenty of Chrisley Knows Best fans laughed about it. Of course, they made some amusing comments about it. Here’s what some of them said:

there’s a dick joke in there somewhere.”

😂😂😂I woulda changed my last name tho damn, WANG 😂.

Can you see your wang now?

Didn’t they warn you that the more you played with your Wang. It will cause you to go blind?!!! LOL! Sorry Chase I had to go there!

Some Folks Took It Seriously And Praised The Surgery

Luckily, not all Chrisley Knows Best fans have their minds in the gutter. Actually, the Institute also got a lot of compliments. Plus, other people who planned for the surgery thanked Chase for the update. After all, it seems a bit scary. Perhaps, now that folks saw Chase went for the surgery, they feel a bit braver about getting their own eyes fixed.

Be sure to catch up on everything happening with The USA Network right now. Come back here often for more Chrisley Knows Best spoilers, news, and updates.