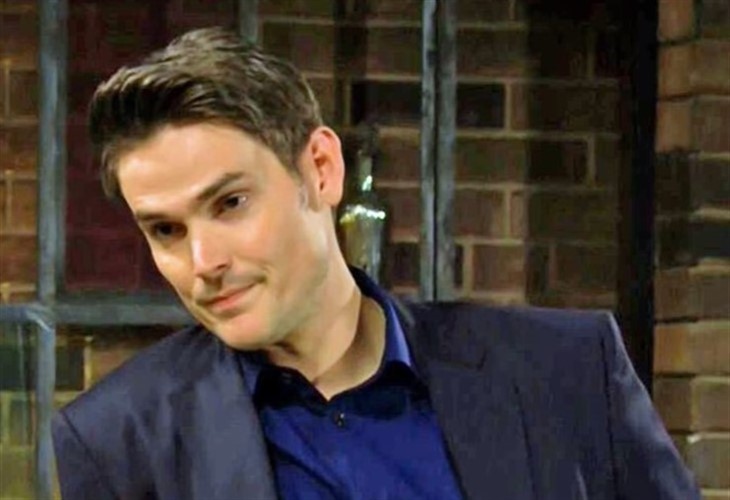 The Young and the Restless (Y&R) spoilers for Wednesday, September 1, 2021, reveal Adam shocking when he walks into The Grand Phoenix with a certain redhead on his arm — and it’s not Phyllis Summers.

It’s the Newman Media launch party and Phyllis (Michelle Stafford) is ready to host it in her precious hotel. She is also thrilled that her hotel has been cleansed from the stench she feels is Sally Spectra (Courtney Hope) but Sally is about to make her return to The Grand Phoenix right on Adam’s (Mark Grossman) arm.

He is moving on from Chelsea (Melissa Claire Egan) and Sharon (Sharon Case) and is intrigued by the fiery redhead that Chelsea doesn’t like at all. Adam knows if he takes her to Phyllis’s hotel in front of all of GC society, he is going to turn heads, but he does more than that. This will turn out to be quite a fascinating party, indeed.

Victoria (Amelia Heinle) is madly in love with Ashland Locke (Richard Burgi) and won’t hear anyone out who says she is rushing into things or who doesn’t show him the utmost respect. If you want to dig into his past, watch out for Victoria’s wrath.

Nick Newman (Joshua Morrow) learns this the hard way when his sister tears into him looking for dirt on Ashland. Why can’t he just trust her and stay out of things? This is Victoria’s life and she can live it any way she wants. If she trusts Ashland, why can’t anyone else? Will Nick have any good answers for his sister?

The Young And The Restless Spoilers – Victor Newman Wants His Way

Meanwhile, The Great Victor Newman (Eric Braeden) is as angry as his daughter as he tries to put Billy Boy Abbott (Jason Thompson) in his place. Billy can never do anything Victor agrees with, so why should now be different? Victor is ready to go to war with Billy but what has he done this time? Something tells us it has to do with Ashland Locke because everything has something to do with Ashland Locke these days. Stay tuned to The Young and the Restless weekdays to see how this surrogate story plays out.

GH Spoilers: Jax Threatens Nina, Will He Be Next On Liesl’s Hit List?