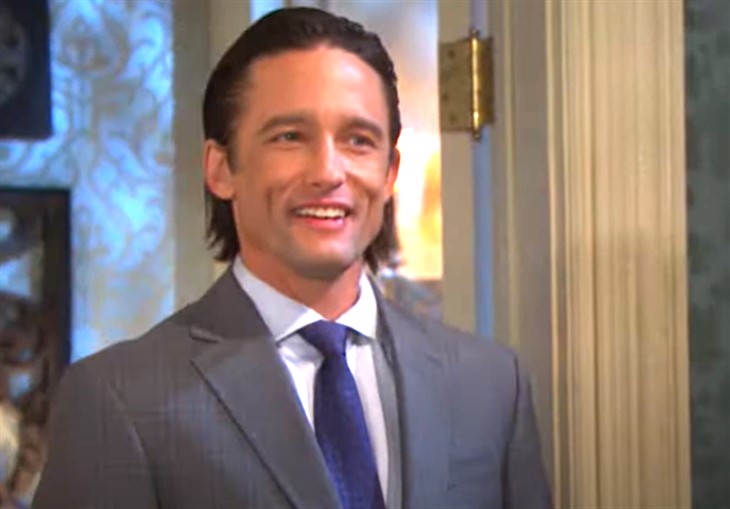 Days of Our Lives spoilers reveal that Philip Kiriakis (Jay Kenneth Johnson) isn’t an obsessive stalker, doesn’t kill the competition and rarely explodes with rage. Philip can keep his cool on the outside, even if he is secretly exploding on the inside. So, what’s causing this sudden and extreme change? Philip is unraveling, but it might be medical and not psychological.

DOOL spoilers reveal that soap characters have distinct personalities. There are times when a character’s sudden change is easily explained, such as Gabi Hernandez’s (Camila Banus) fury after Stefan DiMera’s (Brandon Barash) death. Other times, it is more mysterious until there is a shocking health diagnosis, like with John Black’s (Drake Hogestyn) aneurysm. Another example is Abigail DiMera (Marci Miller) being secretly drugged by Gwen Rizczech (Emily O’Brien).

Philip is very driven, both professionally and romantically. As much as Philip will pine over someone in his head, he isn’t an obsessive stalker and doesn’t scream at women. He might egg on his competition and fantasize about wringing Brady Black’s (Eric Martsolf) neck. However, Philip knows better than to make a direct death threat. Under normal circumstances, Philip wouldn’t actually kill his competition.

Philip would also be the understanding “friend-zoned” ex. We have seen Philip do this with Chloe Lane (Nadia Bjorlin) before. Philip might want Chloe for himself, but not at the risk of hurting her or embarrassing himself. He wouldn’t grip her shoulder and try to keep a woman who clearly is in love with another man. He also wouldn’t scream at Chloe, but that’s what happened during a recent argument. So, it is clear that something just isn’t right with Philip.

Days Of Our Lives Spoilers – Others Becoming Aware Of Delusion

Days of Our Lives spoilers reveal that Kate Roberts DiMera (Lauren Koslow) talked to Philip about Chloe. Kate hasn’t been a fan of Chloe’s for many years. She was alarmed when Philip blurted out that he was “so close” to getting Chloe to love him. Kate is aware that Philip’s desire has turned into a delusional obsession. She was concerned and almost reasoned with him. However, she changed the subject as Philip was getting quite intense. She knows that if she pushes too hard, Philip could cut her out of his life again.

Before Philip chases down Brady and Chloe in Pennsylvania and bursts into their hotel room, he pays a visit to Belle Brady (Martha Maidson). Philip starts lashing out and it is clear he is losing his mental stability. Belle desperately tries to rein Philip back in, but she won’t be successful.

With Phillip suddenly acting so out of character, he might be having a mental breakdown. Perhaps Philip is tired of always being heartbroken while more devious Salemites get what they want. However, there might be another story developing that explains Philip’s extreme personality change. Could he unknowingly have a medical condition that is affecting his impulses, personality and behavior? It certainly is possible, but he needs to be diagnosed before a tragedy occurs.