GH Spoilers: Jax Threatens Nina, Will He Be Next On Liesl’s Hit List? 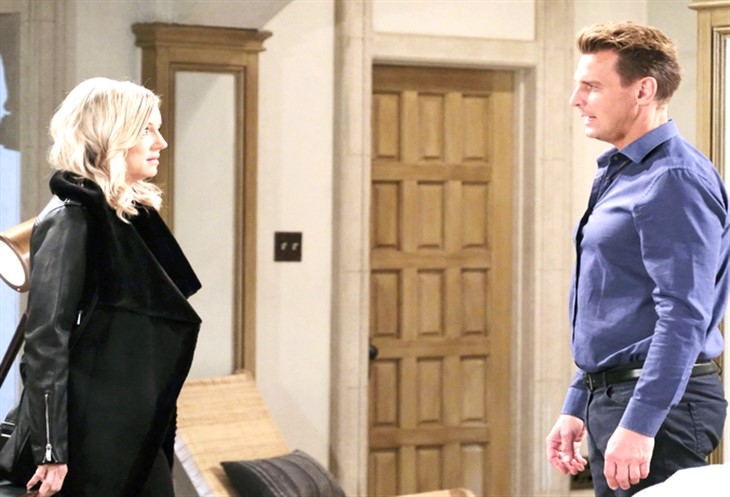 General Hospital’s Jax wants Nina back in his life and his bed. However, Jax is not getting his way and he wants to change that. Jax also knows that Nina has a new man in Nixon Falls and he wants to know who. Maxie Jones (Kirsten Storms) refuses to give Jax the information he is looking for. However, Ava Jerome (Maura West) is rumored to visit Nina as well. Jax is also expected to pump Ava for information. However, if Ava knows who the new man is, she’s not about to tell Jax. If Ava sees Sonny she will either keep quiet to keep Avery Corinthos (Ava and Grace Scarola) away from him or she will try to convince Nina to tell the truth. Will Jax get any information out of Ava or will he spy on Nina instead?

General Hospital’s Nina is determined to keep Sonny away from his family. Nina is happy with the situation she is living in right now and that is all that matters to her. Nina has already gotten rid of Jax once after he was shot in Nixon Falls. Jax believed he saw Sonny then but Nina dismissed it. What if Jax returns and sees Sonny again? Will Jax threaten to go Carly Corinthos (Laura Wright) and tell her the truth? How far will Nina go to keep Jax quiet?

General Hospital’s Liesl is quite fond of Jax. Liesl isn’t likely to agree to kill Jax even if Nina asks her to. However, Liesl could detain Jax somewhere if need be. Liesl has a lot of ways to get rid of people and Jax could be locked away somewhere for years. Will Liesl make Jax disappear so that Nina can continue with her fantasy life? Will Jax push Nina to tell the truth about Sonny? Is Jax about ready to disappear for good from everyone in Port Charles’ lives? Nina has brought any of the threats she gets on herself. After all, Nina has been keeping Sonny hidden from his loved ones for months. Will Jax force Nina to bring Sonny home? Will Sonny’s return make Joselyn Jacks (Eden McCoy) safer?

Jax is determined to get his way and he may even threaten to have Nina cut off from Wiley as well. After all, Jax forced Michael to let Nina see Wiley. Can Nina keep Jax from ruining her life?