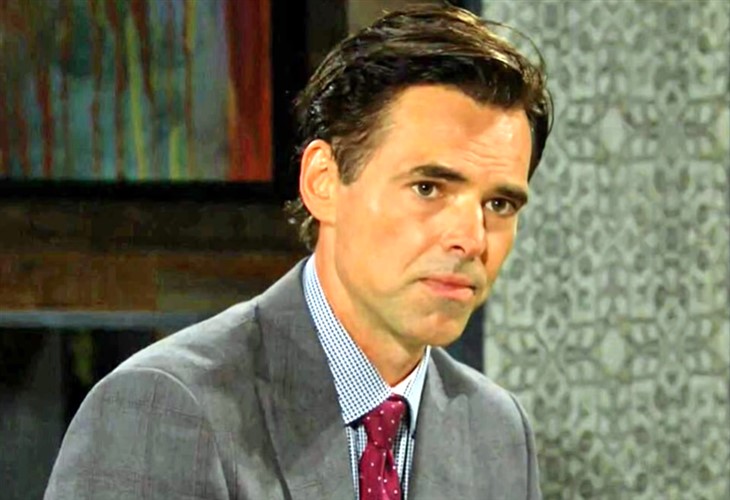 The Young and the Restless (Y&R) spoilers for Tuesday, August 31, 2021, reveal Billy has plans that The Great Victor Newman might not like.

The Young And The Restless Spoilers – Billy Boy Abbott Is Determined

If there’s one thing for certain in Genoa City, it’s that Billy Abbott (Jason Thompson) and Victoria Newman (Amelia Heinle) just can’t quit each other no matter how much they try. If Billy finds someone new, Victoria has to steam with jealousy and if Victoria finds someone new, Billy is determined to sabotage it. Billy is happily with Lily Winters (Christel Khalil) now, but he still can’t get Victoria off the brain, especially since she became engaged to Ashland Locke (Richard Burgi).

Victoria was already furious at her family for digging for dirt on Ashland. And Billy is still doing the same under the guise of good journalism. On Tuesday, Victor isn’t sure he wants Billy to continue and the two men who have never liked one another anyway come to blows. Will Victor allow Billy to continue doing what he’s doing?

Meanwhile, Victoria takes her concerns to Lily, hoping she can call Billy off and convince him to leave well enough alone. Lily already gave Billy her blessing with his quest to know everything about Ashland. Is there anything that Victoria can say that will change her mind?

Elena (Brytni Sarpy) has had several careers since arriving in Genoa City. She was her uncle’s caretaker, then we learned she was a doctor, so she got a job at the hospital. Then, she started working at the New Hope clinic and now Elena is about to change directions again. She already changed men and is now with Nate (Sean Dominic) instead of Devon (Bryton James), so what will she do next?

Is she about to accept Billy and Lily’s ChanceCom offer to become their new Ask MD columnist? This might be just what Elena needs to keep her mind off men for a while and perhaps this will help her strike up a new friendship with Lily, something that was already damaged when she cheated on Devon. Stay tuned to The Young and the Restless weekdays to see how this surrogate story plays out.