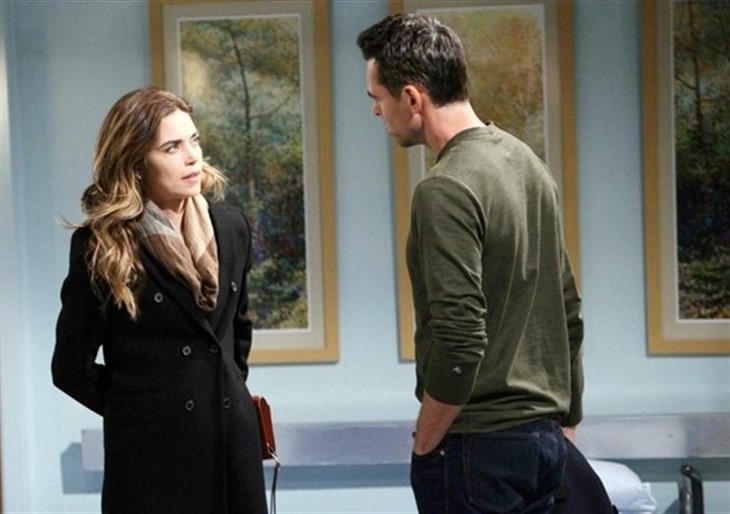 The Young And The Restless Spoilers And Rumors – Katie Abbott Newman Is Six, Johnny Abbott Is Eight

Viewers of The Young and The Restless know that Katie Abbott Newman (Sienna Mecuri) is currently around six years of age, while Johnny Abbott (Holden and Ryan Hare) is around eight years of age. Viewers of The Young and The Restless will agree that Johnny is already looking a lot older than eight, but that is what biographical sources list his age as. Although Victoria wants to send them to boarding school to avoid the fallout from her new husband and father and brother’s attack against ChancComm, fearing that Billy again will go off the rails, fans suspect that the children will be offscreen so that they can come back with much older actors – say, around eight to ten years older!

After all, there aren’t enough teenagers on The Young and The Restless any more to live up to the name of the show! Longtime viewers will recall that years ago, the show was all about young and restless young adults and teenagers, although there were always older characters as well who were their parents and grandparents.

Longtime viewers of The Young and The Restless will recall that Victoria, Nick Newman (Joshua Morrow) and Billy all started out as children on the show and suddenly became recast as teenagers after being “away at school” or other reasons over the years. Faith is an exception, having been recast at the same age when previous portrayer Alyvia Alyn Lind went on to other projects. Adam Newman, (Mark Grossman) Kyle Abbott, (Michael Mealor) and Summer Newman Abbott (Hunter King) were also notable SORASED characters over the years.

The Young And The Restless Spoilers And Rumors – More Teens, More Teen Drama

Viewers of The Young and The Restless know if there are more teens, there will be more teen drama and The Young and The Restless will become more of the exciting show it once was. Katie and Faith could compete for Moses, and Johnny could compete with Moses for Faith, and the possibilities broaden the more teens that are added. Two more male competitors could enter the scene if Christian Newman (Alex Wilson) and Connor Newman (Judah Mackey) were rapidly aged.

Viewers of The Young and The Restless will remember that Christian and Connor, although half-brothers, didn’t get along at all when Connor and his mother Chelsea Lawson (Melissa Claire Egan) lived with Nick! Connor wanted his mom and dad to be together and taking after his father Adam, manipulated Chelsea to leave Nick and take him and move in with Adam! Bullying his younger half –brother Christian sealed the deal! If Connor was a problem then, think what he could be as a teen!