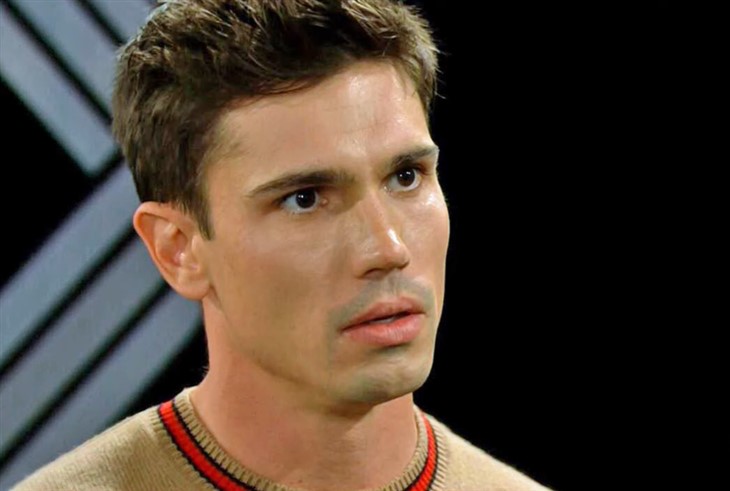 The Bold and the Beautiful spoilers document that John Finn Finnegan (Tanner Novlan) was right to be angered. Hearing Jack Finnegan (Ted King) admit that he was his real father was devastating. However, Finn went overboard in telling his father that they were done and that he should not be in contact with Li Finnegan (Naomi Matsuda).

The emotion of the moment was understandable. What viewers saw is why Jack kept quiet since the day he learned that Sheila was pregnant with his child.

But Jack finally did the right thing in first telling Li the truth and then telling Finn.

The Bold And The Beautiful Spoilers – Lack May Be Done Forever

It could be that Jack and Li are finished. Nicknaming this couple Lack is no joke. But surely their relationship lacked honesty since the moment Jack began cavorting with Sheila.

Li was mortified when learning that Jack was with another woman and then passed off the child they had as needing to be adopted. Jack thought he found a solution to Lack’s inability to conceive and when cutting Sheila off from their lives.

Jack was told not to return to the hotel room where they are staying in Los Angeles, California. So, Lack is separated. A divorce request is more likely than not at this point in the plot.

So, Steffy can serve as a steadying force for Finn. She will talk Finn down and then help him begin some form of healing.

It would be nice if Sinn asks Li to move in with them at the cliff house. In time, he will need to determine how to begin talking with his father. A clean break will serve no purpose.

Jack betrayed his vows to Li. He then compounded that mistake by withholding what he did from her.

Sheila told Jack that their son was asking questions about his biological father and encouraged King’s character to tell Finn the truth. So, Jack will need to pass along the news of his reveal to Sheila.

Jack was right to tell Li that he had a child with Sheila. He was also right to stand like a man and accept all that Li and Finn said to him at the cliff house.

Now, the greatest test of Jack’s life continues as he needs to will himself through the storm he created long ago and then pursue redemption on B&B.