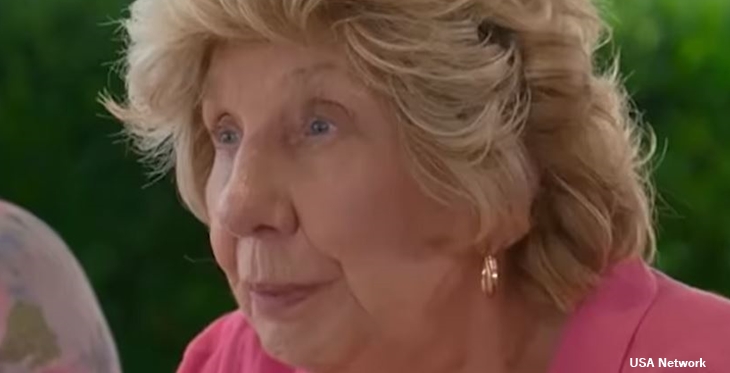 Chrisley Knows Best didn’t disappoint when it came to Thanksgiving entertainment. The USA Network aired Chrisley KnowsThanksgiving ahead of the scheduled show. As usual, Nanny Faye took it away with her antics and reactions. Fans enjoyed a huge laugh and it definitely seems to have cemented the mood for the celebrations. Mind you, Todd’s mom didn’t look as if she enjoyed it very much at all.

Chrisley Knows Thanksgiving, like all of the shows that Todd arranged, brought more hilarity from his mom, Nanny Faye. Fans already expect that as she often steals the limelight because of her naughty antics. Even when she’s behaving herself, somehow, she manages to dissolve the audience in tears of laughter. No wonder, so many people wish that she was their grandmother. Between her and the grandkids, there’s never a dull moment on the popular comedy show.

Chrisley Knows Best fans know that Chase most often gets up mischief with his grandma. However, Savannah, the “good girl” of the show really admires her mom’s dad. It seems that they both share a love for style, fashion, and statements. Well, sometimes, fans see that Nanny Faye dons the most extreme outfits: especially when she gets to the Mardi Gras. But she also polishes up with elegance and beauty. So, Savannah shouted her out for rocking her style. This week, in the Thanksgiving special, she wasn’t thinking about her sense of fashion though. If anything, she probably wondered if she’d ever live to see the Mardi Gras again.

In the show, fans saw that the family went out at night to look for alligators. Their guide told them that they were “going in the weeds.” Then, he shocked Nanny Faye by saying that “each alligator has 80 razor-sharp teeth.” Well, Nanny Faye looked horrified to hear that. But, when he told them that they were in the territory of an alligator that reached “11 feet”  in length, she looked even less than thrilled. She said, “a whaaaaaat????!” Chase tried reassuring her that it was all about “fun facts,” but she and her son Todd looked very apprehensive.

Chrisley Knows Best fans saw that Tood seemed very nervous and his eyes got nearly as big as Nanny Faye’s when the guide told them one of the alligators might leap off the bank in front of the boat. In fact, Todd thought they were not sneaking up on the alligators. Rather, he claimed the alligators would sneak up on them. Then, they heard an alligator and Todd screamed as one appeared right next to the boat. Stealing the last laugh, Nanny Faye said, “Thank God I wore depends.”

Fans React To The Thanksgiving Special

Chrisley Knows Best fans gave the special the thumbs up. One of them wrote, “😂😂😂😂😂😂😂 I love Nanny Faye so much … thank God I got on my depends lmaooo ❤️❤️❤️❤️.”

Be sure to catch up on everything happening with Todd’s family right now. Come back here often for more Chrisley Knows Best spoilers, news, and updates.