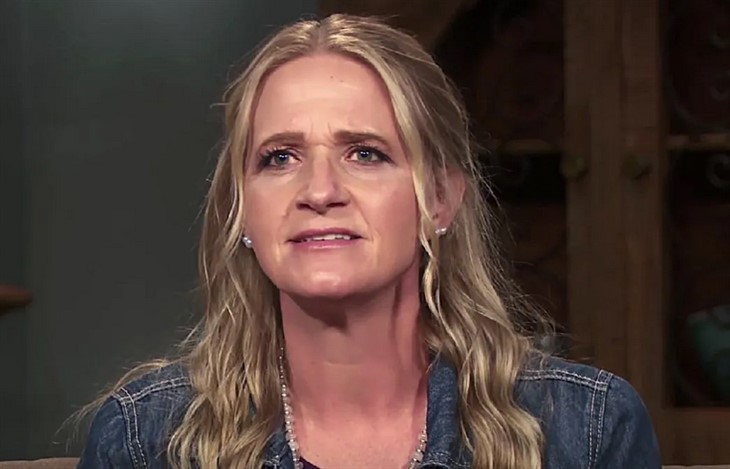 Sister Wives star Christine Brown might be the most real person on the TLC show. After all, her split from Kody is real, and not manufactured drama. When she left him, practically nobody ever suspected that would happen. After all, it was always Meri who had the problems with Kody. Now, fans wonder if TLC might bring a spinoff featuring Christine’s new life. If that happens, will you watch it?

TLC fans always enjoyed it when Kody’s third wife took to Instagram and shared her Car Confessions. Actually, she doesn’t do that so often these days. However, she moved to Utah and probably focuses on her new single life. Not a mega-star influencer, she is, nevertheless, popular with fans. On Instagram, she found 610K followers. Meanwhile, on Twitter, 30.8K people follow her. Additionally, over on Facebook, she accumulated another 40K followers in her LuLaRoe group.

Sister Wives fans always liked Christine Brown, except when she bleated about jealousy. Actually, many people wondered why she remained with Kody if she couldn’t deal with three other wives in his life. Well, the tension escalated, and she up and left him. When the news arrived in early November, many fans congratulated her on taking the massive step to independence. Of course, that made more fans urge Meri to do the same thing. But really, nobody knows just how distant Kody really is with his ex-first wife.

Teasers for Season 16 revealed that Christine Brown wasn’t happy with Robyn. Not for the time either. However, when she discovered thyat Robyn secretly brought in a nanny she blew her top. Bear in mind, between them, Robyn and Kody formulated a long list of rules about social distancing. So, it fractured the family. All of the wives complained about the loss of family time. Well, when the nanny teaser emerged, Katie Joy of Without A Crystal Ball shared the news. There, fans called for a spinoff.

In the comments, Sister Wives fan, @fowlerlsteph wrote, “I would absolutely love for TLC to have a show that follows Christine and her new life.” Here’s how some people reacted in the replies:

YES!!! She is the most entertaining. I wanna see a show that has her to do crazy things like sky dive or milk cows. She would be a hoot.

Honestly TLC might do it because she has such a following with what she is saying!

Yes, a show entirely dedicated to Christine living her best life, enjoying being close to her kids, and finding happiness ❤️❤️.

Consider Christine having her own show! She’s a force to be reckoned with and found her voice! Give airtime to strong women! Not just followers of a man’s shadow!

My thoughts as well! It would be awesome to see her moving on and rebuilding her life the way she wants it!

Sister Wives – Would You Watch?

One fan of Sister Wives commented that TJC might not consider a spinoff for Christine Brown. They pointed out, “That would be too normal for tlc. Drama, drama, drama.” However, knowing the network, they could easily manufacture some drama. Would you enjoy watching a spinoff featuring Christine living her new life? Sound off in the comments below.