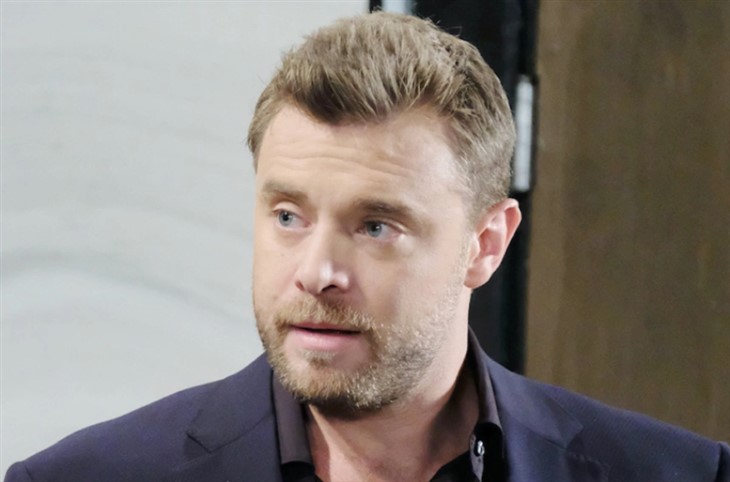 General Hospital confused fans everywhere when it chose to write off Billy Miller and Drew Cain after working so hard to get us to love a new character when we learned he wasn’t Jason Morgan after all.

Now that the ill-conceived character seems real and most sincerely dead, it’s time to bring a character back that this sincerely dead one allegedly killed. All we know is that Peter (Wes Ramsey) arranged for Drew Cain’s plane to go down over Afghanistan, but there was nobody ever found. Clearly, the door is wide open to bring Drew back one day and with Peter gone and Sam (Kelly Monaco) doing nothing but following Dante around town, that one day has come.

We’ll just come right out and ask it. What the heck is Sam’s purpose at the moment? We never see her with her kids, she gets annoyed if she gets a call about one of her kids, she has no damn job, she kicked Jason (Steve Burton) out of her life and seems to regret it, and now she is obsessed with anything Dante (Dominic Zamprogna) is doing as the show tries to throw them together when Lulu (Emme Rylan) is inexplicably in a coma caused by Sam’s own father.

The memories of the real Jason drew Sam in (no pun intended) when Original Recipe Jason Morgan returned to town. Although she had truly fallen for Drew by then and had a child with him, she had to see if there was a life she could still make with the man she loved for years. Sam eventually realized that no, she couldn’t, but by then Drew was presumed dead. The first normal feelings we saw from Sam in ages was at Maxie (Kirsten Storms) and Peter’s aborted wedding when she learned for sure Peter had killed Drew. Her heartache and rage were once there and told us Sam and Drew can pick up where they left off if he’d only return from the skies of Afghanistan.

As GH apparently tries to rebuild the Quartermaine family, this missing Quartermaine named Drew is needed in Monica’s house. He is Jason’s brother and officially Monica’s son and Monica (Leslie Charleson) needs a son since brain damage took Jason and Sonny (Maurice Benard) took AJ (Sean Kanan). With so many connections to Port Charles, it makes no sense for Drew to remain soap operas dead. Stay tuned to General Hospital weekdays to see if Drew Cain ever makes his return.