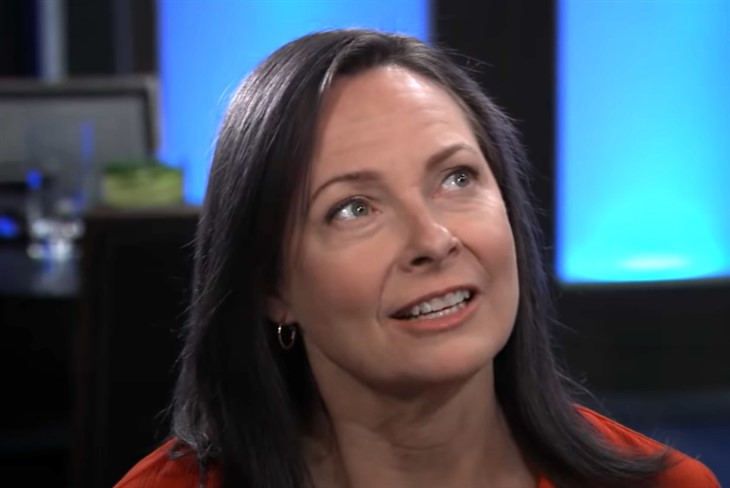 General Hospital Spoilers – Cyrus Renault Is No Longer A Threat, But Gladys Corbin Might Be

General Hospital viewers will recall that Cyrus Renault (Jeff Kober) has finally been taken down and is no longer a threat to Brando and Sasha thanks to Carly Corinthos’ (Laura Wright) intervention. Carly took care of everything, including eliminating Cyrus’ threats overturning Gladys, Brando, and Carly herself and her family into the immigration authorities over Dev Corbin (Ashton Arbab)! Gladys, of course, recanted her testimony that she had seen Jason Morgan (Steve Burton) throw a gun down a garbage chute after coming out of Franco Baldwin’s (Roger Howarth) art studio the night he was murdered and fingered Peter August (Wes Ramsey) as the perp.

Carly got her an immunity deal. However, with Cyrus out of the picture, Gladys is losing a source of money and upkeep of the high living lifestyle she had become accustomed to, and Gladys has to figure out another source of income and dwelling place. General Hospital viewers will recall that Gladys isn’t exactly approving of her son’s relationship with Sasha, even after she learned she was going to be a grandmother – but was more than happy to inform him and Sasha that she would be moving in with Brando, and Sasha if they moved in together, so she could help raise her grandchild! Sasha and Brando would prefer to start their life together with their baby minus Mama Bear, who threatens to huff and puff and blow their life down!

General Hospital viewers will recall that Gladys has never liked Sasha, but then she threw her own son under the bus and claimed he was dead! Brando had done some prison time for drugs, and Sasha had a short-term drug habit that nearly killed her. General Hospital viewers will recall that Sasha nearly died of a heart attack after Cyrus had given her a “dessert” when she dined at his suite several months ago, and if Brando hadn’t disobeyed his orders and rushed her to General Hospital himself, she would likely have died.

Her ex-boyfriend Michael Corinthos (Chad Duell) helped too, throwing Cyrus out of her hospital room physically as he was trying to pull the plug on her life support! Sasha and Michael had some unfinished emotional business to resolve, but once they did, she and Brando got closer and closer until that hot romp in the back seat of that Jeep in his garage, which resulted in her pregnancy!

Brando has a new appreciation for his mother since she nearly died at Cyrus’ hand, but he doesn’t appreciate her interfering in his personal life and relationship with Sasha! General Hospital viewers could perceive Gladys’ sudden overwhelming interest in her son and grandchild as hoping for a do-over, since it doesn’t seem that she was ever such a good mom to Brando, but it’s more likely she just wants to control things! If Brando and Sasha are ever going to be able to live their lives and raise their child their way, he’ll need to institute some strict boundaries that Gladys will have to agree to!