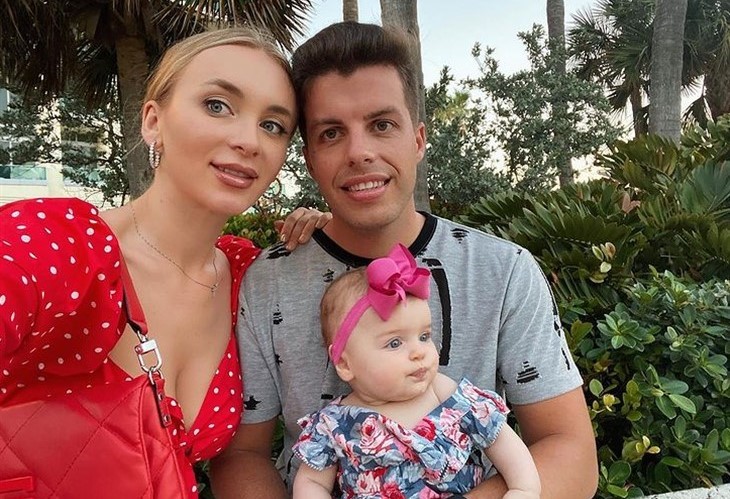 90 Day Fiancé stars Jovi and Yara have come a long way since they first appeared on the TLC reality show. Things were a little rocky when the Ukrainian beauty first landed in New Orleans, but Yara has certainly found her place in her new home. Marriage and a gorgeous baby girl, Mylah, have both played a part in Yara’s transformation. Now it looks like her daughter is planning on following in her mother’s footsteps and becoming a makeup expert.

After initial problems when arriving in the US, Yara Zaya has settled down well. She has proven herself to not only be a glamorous Instagram star, but also a joyful and loving mom. The 90 Day Fiancé star has recently spent time in New York with her husband Jovi, which she clearly loved.

As noted by fans, Mylah’s favorite toy, Violet, can clearly be seen in Yara’s purse, as she strolls the streets of the Big Apple. However, as seen from a recent Instagram Story, Mylah recently had an interest in more than her boring old toys. 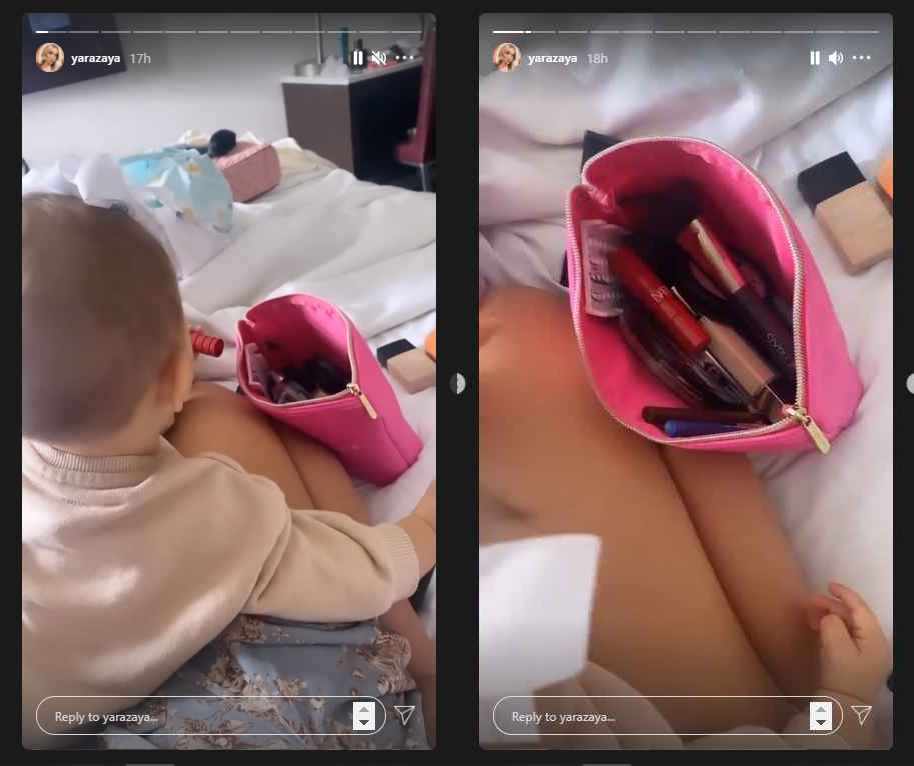 On the latest episode of 90 Day Fiancé: Happily Ever After?, Yara and Jovi are adjusting well to their new lives as parents. Occasionally, Jovi can be a little lax with the little one, while Yara can tend to be a little overprotective. However, between them, they are doing well at parenthood. At this point, the couple has to bid a tearful goodbye as Jovi leaves for work. While Yara is obviously nervous, she does have his family around to support her.

The couple recently had fun on a quick trip to New York City, where Yara posted a cute video clip to her Instagram Story, showing her daughter Mylah having fun with her makeup bag. Yara pans the camera to show Violet, her daughter’s favorite toy, being left alone on the bed as Mylah finds something far more interesting to play with. Baby Mylah is, of course, as beautiful as her mother and obviously has plans for her future look, by experimenting with Yara’s beauty tools.

In the video, Zaya says, “This child is so interested in what I have in my makeup thing.” As Mylah grabs a makeup brush, she asks, “Mylah you sure you can have that honey bunny?” She explains to her little one that that is mama’s and she doesn’t need it, as it is all dirty.

Social media being what it is, fans were quick to call out Yara over the fact she let Mylah play with her makeup. However, Zaya quickly responds, assuring her fans that her baby only does this with her supervision. In a later Instagram Story, Yara tells fans, “Don’t worry guys I’m not giving her to eat makeup.” She adds, “She just touch it and if I see she tries to put it in her mouth I immediately take it, I’m not leaving her alone to play or something like that with makeup so don’t worry.”

It is clear that the Ukrainian beauty and her New Orleans resident Jovi are coping well with parenthood. No doubt, Mylah will one day follow in her mother’s footsteps as another true beauty.

Keep up with Jovi and Yara on 90 Day Fiancé: Happily Ever After? on TLC, Sundays at 8 pm ET.