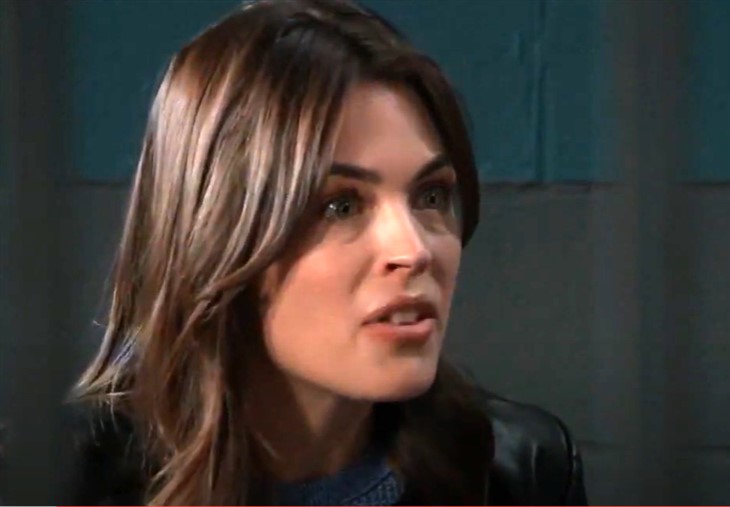 General Hospital spoilers reveal that Britt Westbourne (Kelly Thiebaud) and Jason Morgan (Steve Burton) are on the run together. So far, Britt has shown her dedication to helping Jason. However, this week we will see her panic and explode, then storm out on the innocent fugitive. What causes her outburst and will she return? Keep reading to get the details.

GH spoilers reveal that Britt will be concerned about Jason, especially since his gunshot wound was serious. He had to go through surgery with less than ideal conditions, which increases the risk of infection, cross-contamination, and complications. Then, Jason needed a blood transfusion and antibiotics.

However, that is not everything that is running through Britt’s mind. They are on the run and had to flee the safe house. There is Maxie Jones’ (Kirsten Storms) pregnancy and keeping the baby away from Peter August (Wes Ramsey). There are also Britt’s hand tremors and her fear that Jason will notice.

At one point, Britt will get stressed out and panic. She will explode about how she can’t do it anymore and storm out on Jason. At that moment, Britt feels like Jason can be a fugitive and go at it all by himself. Thiebaud explained to Soap Opera Digest,

“I think everything leading up to that moment just got to her and she needed a break. They’ve been butting heads and Britt doesn’t necessarily feel like Jason takes her seriously.

General Hospital spoilers reveal that after taking a break from each other, Britt returns. She can’t bring herself to abandon Jason. She not only cares for him but feels like she owes him her life. As fans recall, Jason risked the escape plan and came back to save her. It’s also the whole reason why Jason got shot and nearly lost his life. If he hadn’t left the car, grabbed Britt, and returned when he did, then Jason probably wouldn’t have been hit by the bullet. She knows this and while she’s risking a lot by helping him, it also goes the other way. He risked his life and being captured by going back for her.

After Jason and Britt reunite, they will begin to bond instead of butt heads. Jason can’t help but notice Britt’s hand tremors. He will ask her about it but she will be hesitant to share the truth with him. That is when Jason asks her to please open up to him, which is a different side to him than she’s used to seeing. So, she braces herself and decides to tell him the truth about her medical condition.