Todd Chrisley Comments On Lindsie’s Divorce From Will Campbell 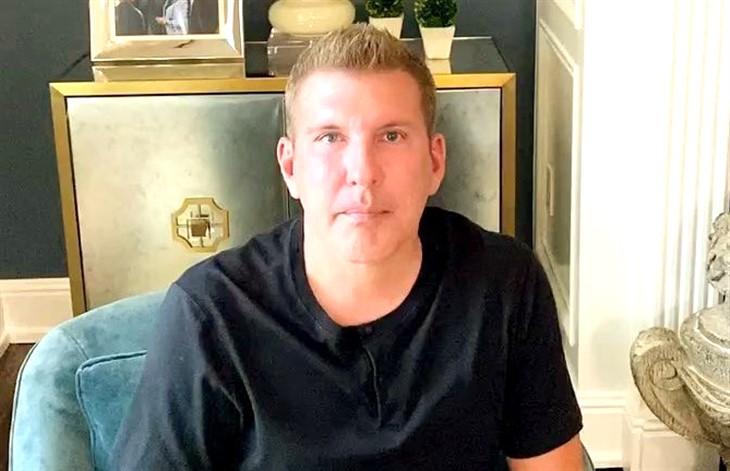 Todd Chrisley took to his Chrisley Confessions podcast on July 28 and talked about his eldest daughter Lindsie who announced that he and Will Campbell divorce. Actually, it sounds like he heard about it via social media or one of the tabloids, as he said they never speak to each other. The estrangement seems no nearer to sorting itself out and dragged on since 2017 when Lindsie left the USA Network show, Crisley Knows Best.

Todd Chrisley Talks About Lindsie And Will

The news that  Todd’s eldest daughter filed for divorce from Will Campell emerged on July 27. She told her Coffee Convo podcast fans that she already moved into her new place. Apparently, it’s a reasonably amicable split and she talked about respect and love. They previously split in 2016 but reconciled. However, this time it looks like it’s over. Probably, they co-parent their nine-year-old son Jackon going forward. She said that  they both intend to focus on being great parents to their son as they “both love [him] very much.”

Todd Chrisley apparently does not chat directly with Lindsie but someone does monitor the media and social media about his daughter. So, perhaps he also heard the news that she got into an altercation with a friend of Chase. Apparently, he accused her of assault and he reported her to the police. However, her attorney told TMZ that he was the aggressor and they doubt it will be a problem. Certainly, on his Chrisley Confessions podcast, Todd never mentioned the incident.

Todd Chrisley Opens Up About The Divorce

The patriarch of Chrisley Knows Best announced his podcast on Instagram on July 28. He said. “Chase joins Julie and I to help give some updates on the family. We talk about Lindsie’s latest Instagram post.” In the podcast, he spoke about how he really likes his son-in-law, Will. However, he feels terribly sad as he believes his first marriage that ended in divorce really affected his son Kyle and his daughter. So, he worries about Jackson. Actually it seems that he seldom sees much of his grandson. However, he hoped that Will’s parents continue seeing the boy.

Todd Chrisley also told his USA Network fans that although these days he tries respecting Lindsie’s privacy, he spoke out as he got a lot of press requests. So, he didn’t want anything twisted or sensationalized. Then he wished his daughter the best life. Well, in the comments a lot of people still hope that the two stars reconcile one day. After all, it’s been nearly three years and Lindsie still refused to forgive her father for whatever ills she believes he did to her.

USA Network fans took to the comments and one of them said, ” hope Lindsie finds her way back to the family .” Then another fan noted, “Praying for lindsie .. she will eventually realize home is where the heart is.. she needs to lean on the people that love her!“

General Hospital (GH) Spoilers: Harmony Flies Back On Her Broom And Millow’s Secret Could Be Exposed