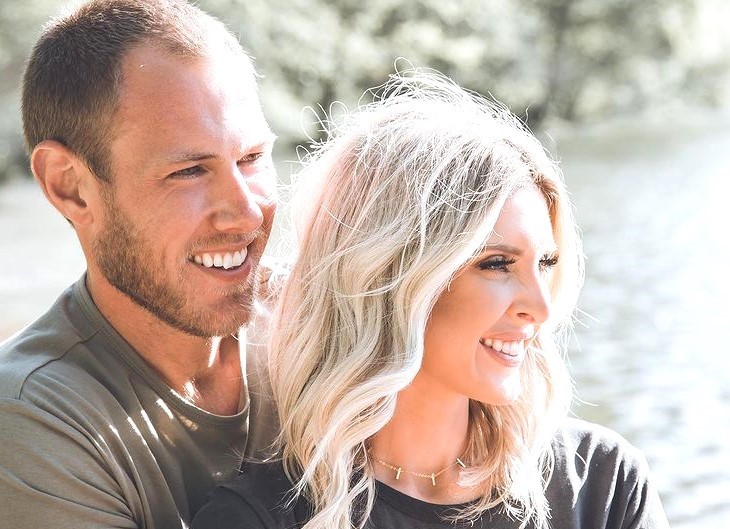 Lindsie Chrisley came out with some surprising announcements recently, and now she bombshell her Coffee Convos podcast fans with more news. While she no longer stars on Chrisley Knows Best on the USA Network, she’s still got fans from there. So, many people were taken by surprise when she said on Tuesday that she and Will Campbell get a divorce. Mind you, avid followers of the podcast believed that she already hinted at the split.

Perhaps Todd Chrisley’s estranged daughter decided once and for all, that she’s done with him and his family. Recall, she was born to his first wife and not to Savannah and Chase’s mom Julie. In a surprise announcement last week, she declared that Todd is not her biological dad. Even Todd seemed taken back by that, but he claimed he still loved her even if she wasn’t his. However, her announcements that rocked a few people did not end with that.

On July 25, Lindsie Chrisley upset a lot of fans of her half-sister Savannah. That came when the Chrisley KNows Best alum announced the launch of her new Lip Kit. Well, a lot of followers thought that was plain mean. After all, Savannah started her cosmetics line about eight months ago. One of them suggested she could have collaborated with her sister instead of going into direct competition. Well, the announcements continued and on July 27, she dropped the divorce bombshell.

Lindsie Chrisley And Will Campbell Divorce

If you don’t know, a lot of the hostility between LIndsie and her dad started because she and Will Cambell eloped in 2012. They ran into some rocky ground and separated in 2016 also filing for divorce. However, they later withdrew it and reconciled. Well, it looks like this time, they probably end their marriage permanently. Those fans who paid attention to the Coffee Convis podcast seemed less surprised than others. Still, for many people, it came as rather sad news, especially as she and Will share a nine-year-old son, Jackson.

Lindsie Chrisley shared a photo of herself and Jackson sitting on the floor of an empty room. She said, “It’s with the deepest sadness that, after 9 years of marriage, Will & I have mutually decided to end our marriage.” Further down she mentioned how they both intend to focus on being great parents to their son as they “both love [him] very much.” Actully, it seems like a rather amicable split and she said that they still “respect” and love each other.

In the comments section, a lot of people told LIndsie that they sent a lot of love to her. Meanwhile, those who never saw it coming also commented. One of them said, “😮😮😮😮 Didn’t see that coming!!!! Are we bring punked???.”

Remember to check back with us often for more news and updates about Lindsie Chrisley and the cast of Chrisley Knows Best on the USA Network.