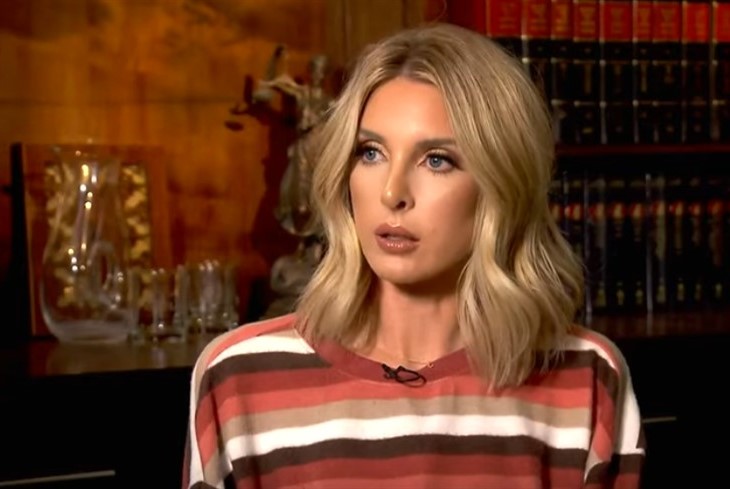 Lindsie Chrisley hit the tabloid media headlines for a number of reasons in recent days. And now, more news arrives about the Chrisley Knows Best alum. Allegedly, she assaulted someone with a glass full of drink in a bar in Atlanta this weekend. Mind you, what went down seems like it might turn into a he-said, she-said issue with the cops. The claim arose when a friend of her half-brother Chase made a complaint to the police.

In the last week, Todd Chrisley’s estranged daughter raised a few eyebrows. In one interesting chat on Instagram, she alleged that her dad isn’t her real father. Well, as she and her dad Todd have such a fiery relationship, he said that he hopes she gets on a bit better with her real dad, whoever he right be. Still, he seemed to take it with a pinch of salt. Plus, fans also know very well that the Chrisey likeness seems quite strong in his eldest daughter.

Lindsie Chrisley also launched her Lip Kit this week which made some Chrisley Knows Best fans angry. After all, it seems that she directly competes with her sister Savannah’s Sassy by Savannah cosmetics line. Well, with that out of the way, she dropped a bombshell on Tuesday and told her followers that she and her husband Will Campbell filed for a divorce. In fact, she posted up a photo of herself with her son Jackson in their new home. So, she moved out pretty quickly. Then, more news emerged that she allegedly assaulted a friend of Chase in Atlanta.

TMZ reported that this weekend, Lindsie and some friends of Chase clashed in a bar in Atlanta. Well, it’s one of those stories that might not add up. The outlet reported that Austin Duriez claimed that “for some unexplained reason, she threw a glass with a drink at him — which he says hit him in the head.” So, he shouted out for a bouncer, who allegedly booted her out. Later, he called the cops and made a report but he didn’t do it straight away as he’s a friend of Chase.

The story from Lindsie Chrisley seems rather different. According to Musa Ghanayem, her attorney, the Chrisley Knows Best alum might have “gestured toward Austin as if to throw the drink … and that if any liquid made contact, it was a tiny bit.” In fact, the attorney suggested that Austin was in the wrong. Lindsie and her friends minded their own business at their table but Austin got super-annoying and invasive. The outlet also noted, “one of her friends had to push him off her.” Allegedly, he snapped photos of them and they felt really uncomfortable.

Topsy Turvey Claim Of  Being Tossed Out?

As far as Lindsie’s attorney is concerned, she was never thrown out by the bouncers. Instead, he said that Austin got bounced. So, he feels like there’s not a lot to worry about with his complaint.

Remember to check back with us often for more news and updates about Lindsie Chrisley and the cast of Chrisley Knows best.